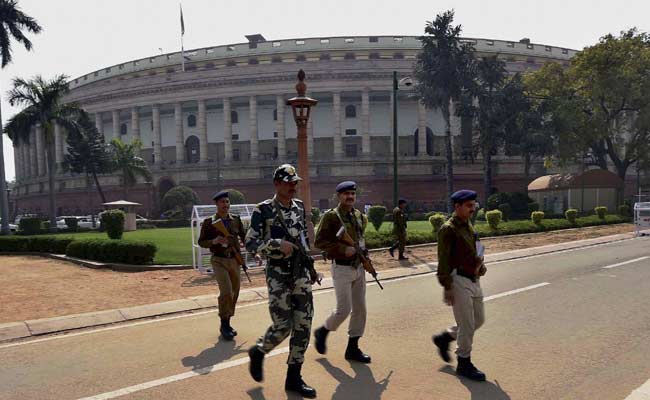 In a written reply in the Rajya Sabha, the Home Ministry said that over 47,000 cases of atrocities against the Scheduled Castes were registered in 2014, up from 39,000 cases the previous year. (PTI photo)

New Delhi: As the Lok Sabha debated Dalit Student Rohith Vemula's suicide and the circumstances that led to it on Wednesday, the Home Ministry told Parliament that crimes against members of the Scheduled Castes (SCs) and Scheduled Tribes (STs) had shown a "rising trend" between 2013 and 2014.

Quoting recently released data from the National Crime Records Bureau or NCRB - a national register of all criminal cases in the country, the Home Ministry said in a written reply in the Rajya Sabha that over 47,000 cases of atrocities against the Scheduled Castes were registered in 2014, up from 39,000 cases the previous year.

The latest data released by NCRB dates back to 2014 because it takes more than one year to collate and analyse the data it collects from all states on crimes in India.

The Home Ministry said that maximum number of cases pertaining to crimes against SCs and STs were recorded in India's most populous state, Uttar Pradesh, followed by Rajasthan and Bihar. Together the three states accounted for about half the cases registered in the country in 2013. Uttar Pradesh also topped the charts on convictions in all such cases.

In 2014, Madhya Pradesh was among the worst three states with around 4000 cases registered in the state. The north eastern states of Meghalaya, Mizoram and Nagaland and registered no crime against SCs and STs in both years. A single case of crime against Dalits was registered in Manipur in 2013 and 2014.

UP Rickshaw Puller Served Tax Notice Of Over Rs 3 Crore, Goes To Cops