The decision to tighten the curbs on weekends and holidays has been taken amid apprehensions of COVID-19 reaching the community spread stage in Punjab and projections indicating that the peak in the state was still two months away. 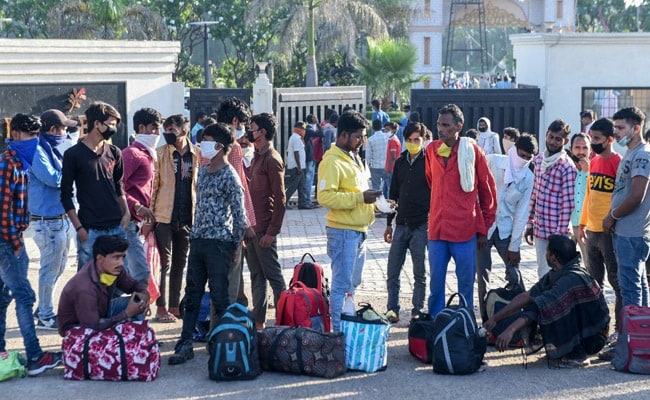 Industries, however, will be allowed to function normally on all days, the CM said. (File)

Punjab Chief Minister Amarinder Singh Thursday ordered stricter lockdown on weekends and public holidays, even as his state mulls stringent curbs, including mandatory testing certification, for those coming from Delhi.

The decision to tighten the curbs on weekends and holidays has been taken amid apprehensions of COVID-19 reaching the community spread stage in Punjab and projections indicating that the peak in the state was still two months away.

Industries, however, will be allowed to function normally on all days, the CM said.

The COVID tally in Punjab on Thursday reached 2,887 with 82 more people testing positive. More than 500 people have tested positive for the virus in the state in the last 10 days.

All citizens, except medical staff and essential service providers, would be required to download e-passes from the COVA (Corona Virus Alert) app, the CM directed at a video conference meeting held to review the pandemic situation and the state's preparedness to handle further spread.

The COVA Punjab App has been developed by the state government to provide people with preventive information and other government advisories.

Singh asked Director General of Police Dinkar Gupta to ensure strict implementation of these directives to prevent gathering of large crowds, as per a government statement here.

The CM said such tough measures were necessitated on account of the spiralling COVID-19 cases in the state and across the world. Stringent curbs could help delay the peak for as long as possible, he added, pointing out that with no early vaccine or treatment for coronavirus in sight, strict protocols were the only way to fight the pandemic.

Even as he warned of the pandemic worsening in the coming days and weeks, the CM asked medical and health experts to consider imposition of strict conditions, including mandatory testing certification for entrants from Delhi, where the situation had assumed alarming proportions.

On an average, 500-800 vehicles are coming to Punjab from the national capital every day, the DGP informed the meeting.
A decision on stricter curbs on those coming from Delhi will be taken after a review with the experts, said the statement.

Pointing out that many of those who had come from outside had behaved irresponsibly and not reported to health authorities, the CM said tough measures would have to be taken wherever needed, as the spike was expected to escalate.

The CM suggested that since it normally takes 3-4 days for the virus to incubate, those coming from outside should be tested after a week and in the meantime asked to remain in home-quarantine.

He also directed the DGP to ensure strict implementation of home-quarantine. The DGP informed that 550 flying squads of the Punjab Police were enforcing these rules.

Referring to complaints received on social media, and through other channels, of private hospitals charging exorbitant money for COVID hospitalisation and care, the CM directed the health department to ensure strict application of CGHS rates.

All data on availability of beds etc should be put in public domain, he added.

The CM's directions came even as the doubling rate in the state worsened from 22 days on May 31 to 15 days on June 10, showing a progressive decline.

Though significantly longer than the national average, the doubling period decline was a matter of anxiety, said the chief minister.

There was no scope for complacency in the state's battle against COVID, he said.

The state government's efforts would need to be scaled up further, particularly in view of the health department's projections suggesting that the peak of the pandemic was yet to come to Punjab, and it could happen towards the end of August if the doubling period continues its current trend.

Officials from the health department said early diagnosis and increased testing were key to tackling the crisis. They stressed the need for doubling tests in the next one month and closely monitoring densely-populated areas.

Four more testing labs are in the process of being operationalised, the chief minister was informed.