"Everybody has a right to have an opinion but Rajiv Bajaj is not an expert on COVID-19 and how to deal with it," BJP's Gopal Krishna Agarwal said 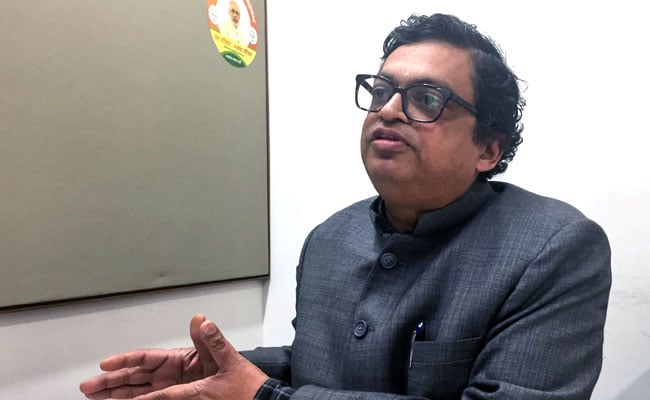 The central government went for a lockdown to avoid any large-scale fatality due to COVID-19 as its priority was to save people's lives and build health infrastructure during the period to deal with the pandemic, the BJP asserted on Thursday.

The party played down industrialist Rajiv Bajaj's remarks, which were critical of the government's handling of the pandemic for its huge adverse impact on the economy, in his conversation with Congress leader Rahul Gandhi, saying he "is not an expert" on the health crisis.

BJP spokesperson on economic affairs Gopal Krishna Agarwal said Rahul Gandhi used Mr Bajaj as a "bouncing wall" for his ideas during the conversation in which the opposition leader did "most" of the talking.

"Everybody has a right to have an opinion but Rajiv Bajaj is not an expert on COVID-19 and how to deal with it," he said.

BJP's Amit Malviya had a dig at the industrialist, noting that he "hailed" Sweden's strategy of not imposing a lockdown to deal with the pandemic, even as the country's chief epidemiologist has admitted that this approach was a mistake, causing a high rate of fatality.

Mr Agarwal added that many countries have "failed" in their approach to the pandemic, and there is no one fixed pattern.

Lockdown is not a cure to the coronavirus, that everybody knows, he said.

The lockdown gave India time to ramp up the country's poor health infrastructure to deal with the pandemic, he said, adding that India had no manufacturing capacity for PPE or face masks and depended on their import when the lockdown began on March 25.

Now infrastructure has been built, he added.

The economy was bound to suffer even if there was no lockdown due to the pandemic's severity, Mr Agarwal said.

"Government had an option to go for large-scale fatalities... or going for a slowing down of economy. It went for protection of people. That was priority," he said.

Mr Bajaj has said India implemented a "draconian" lockdown that was porous and ended up with the "worst of both worlds" as it resulted in decimating its economy and flattening the GDP curve instead of that of the coronavirus infections.

He said it is a herculean task to reopen the economy and called for taking fear out of people's minds through a "very clear, aligned narrative" from none other than the prime minister.