P Chidambaram at an event on Sunday said to bring a change in Pakistan's behaviour, India must also change its behaviour towards its neighbour. 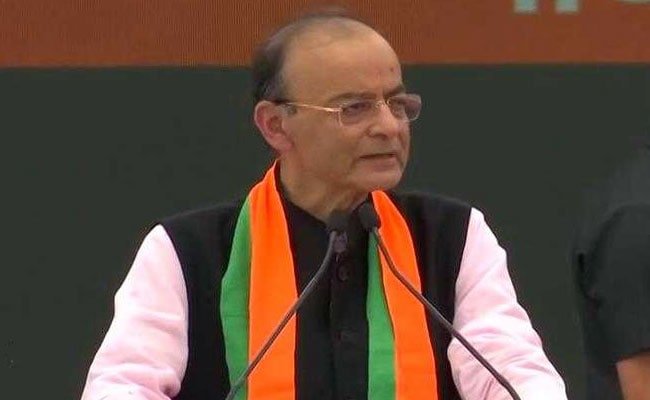 Finance Minister Arun Jaitley on Monday targeted Congress leader P Chidambaram over his remarks that in order to bring a change in Pakistan's behaviour, India must also change its behaviour and said Congress needs to explain its remarks to the people.

In a video message, Arun Jaitley said India wants peace in the region and for that Pakistan must accept identity of Kashmir as an integral part of India.

He said India has been complaining that Pakistan is sponsoring acts of terrorism against India and that one third of Jammu and Kashmir was under its illegal possession.

"Where does India need to change its behaviour. What is it that India has done that we must change our behaviour," he asked.

P Chidambaram at an event on Sunday said to bring a change in Pakistan's behaviour, India must also change its behaviour towards its neighbour.

However, after Mr Jaitley's remarks, Mr Chidambaram hit back at the BJP leader through tweets.

"Mr Arun Jaitley should read the Congress' Manifesto which says 'we promise an uncompromising approach and hard measures to put an end to terrorism and to the infiltration of militants."

Will Mr Jaitley please explain why infiltration, number of infiltrators and number of casualties (civilian and security forces) in 2018 are the highest under the BJP government?

"PM's threat to use the nuclear option is the most extraordinary statement of this election," he said.

Three Terrorists, Civilian Killed In Encounter In Jammu And Kashmir