Civil Aviation Secretary R N Chaubey said single engine twin pilot planes would operate only between routes which would be within "gliding time" of the aircraft. 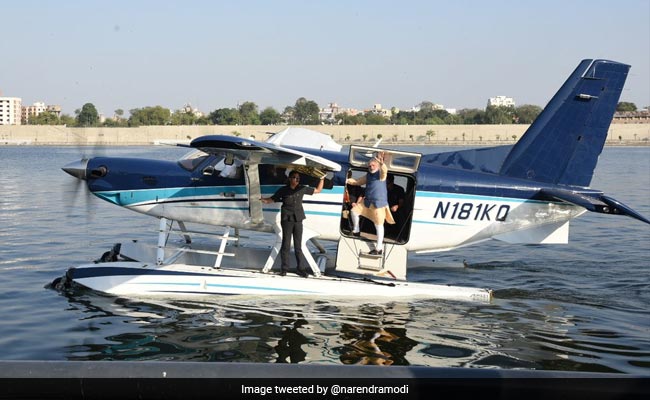 New Delhi: Commercial seaplane service connecting smaller towns in the country is set to become a reality soon as a proposal in this regard has been found "feasible" and the Directorate General of Civil Aviation (DGCA) would come out with a set of regulations within 45 days, the government said on Monday.

Civil Aviation Secretary R N Chaubey said single engine twin pilot planes would operate only between those routes which would be within the "gliding time" of the aircraft.

He said a committee constituted within aviation regulator DGCA, has come out with "positive recommendations" and single engine operations under certain circumstances have been found possible".

"Single engine twin pilot service would be possible, but there would be certain requirements and we are examining the committee's suggestions in this regard," he said.

Mr Chaubey said the requirement essentially would be the route of the single engine aircraft should be such that in case of engine failure, it would be able to glide and land safely at the nearest airport.

The Civil Aviation Ministry has been toying with the idea of starting such service for quite some time. In December last year, Union Transport Minister Nitin Gadkari had asked then Civil Aviation Minister Ashok Gajapathi Raju to explore a regulatory regime for single-engine seaplane services.

Notably, on December 12 last year, Prime Minister Narendra Modi flew on a seaplane from the Sabarmati River to Dharoi Dam in Mehsana district on the last day of campaigning for the Gujarat Assembly elections.

Referring to other proposals, Mr Chaubey said an easy-to-understand passenger charter, mentioning all entitlements of a flyer would be put up in public domain soon.

"We believe that in the DGCA's current regulation, with regard to compensation for flyers, they are not passenger-friendly. Therefore, our ministry is working on an easy-to-understand passenger charter in which we will be capturing all the entitlements that passengers have with regard to the service they should expect from the amount paid," the secretary said.

Mr Chaubey also touched on issues and challenges confronting the aviation sector in the country, including infrastructural challenges.

He expressed hope that the Navi Mumbai airport would start operations in the next three years, and said that he will meet senior officials of the Maharashtra government to finalise the deadline on each part of the airport.

The civil aviation secretary said the second airport at the NCR region in Jewar will be bid out by the end of this calendar year.

Promoted
Listen to the latest songs, only on JioSaavn.com
Expansion of airports, he said, is a key mission of the ministry as the sector is witnessing a 20 per cent growth rate and will double up the figure as crude oil prices would continue to remain soft in the coming years.

In this regard, he said a consultant has been appointed by Airports Authority of India to come out with a roadmap within three month for augmenting airport infrastructure in the country.