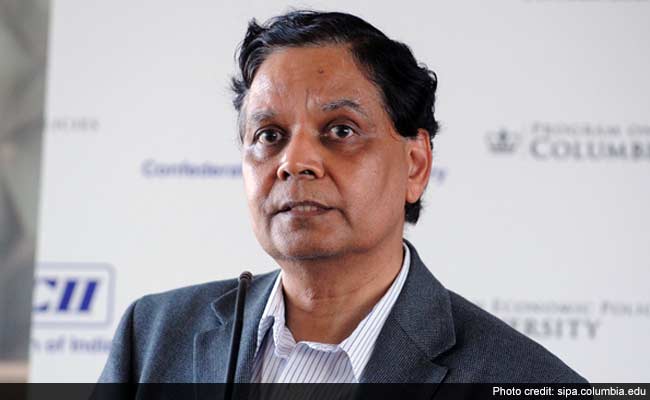 Mr Panagariya's market-friendly, pro-growth economics has helped shape Modi's outlook and is seen by many as a Margaret Thatcher-like attack on overbearing labour regulations and state-run companies.

He told Reuters last year he rejected such comparisons, saying India needed to restore space to markets but that there was still a need for growth in social spending in a country that has about a third of the world's extremely poor.

"Policies of Reagan and Thatcher sought to shrink the role of the state and expand that of the market in what were already market economies," he said in an email interview, given in his capacity as an adviser to Rajasthan.

"Here, in India, we are trying to give back markets the space that belonged to them in the first place and was usurped by overactive regulations," he said.

"In effect, we are trying to move from far left of the centre towards the centre," he said. "The reforms are intended to expand social spending of the government as also to make this spending effective."

Mr Panagariya could not be reached for comment on Monday.

Mr Panagariya has previously advocated a loosening of fiscal deficit targets that he said were stifling growth to allow for more capital spending.

That view is shared by Arvind Subramanian, another heavyweight economist brought in from the United States last year to advise the finance ministry. In a December economic report Mr Subramanian advocated higher infrastructure spending by the government to kick-start stagnant private investment.

Their views could be influential as Finance Minister Arun Jaitley prepares his first full Budget, to be presented in Parliament in February.

Mr Modi scrapped the 65-year-old Soviet-era Planning Commission in the New Year, replacing it with a body he said would do more to involve the regions.

The 64-year-old premier will formally chair the new National Institution for Transforming India (NITI), which is designed to function as both a think tank and a policy forum.

Promoted
Listen to the latest songs, only on JioSaavn.com
Mr Panagariya, as vice chairman, would have a pivotal role in coordinating economic strategy and hold cabinet rank. NITI's permanent staff would all answer to Mr Modi, while India's 29 states and seven union territories would also be represented.