Goa Congress leader and former MP John Fernandes said when a law is passed by Parliament, no one should be instigated by the opposition to say anything against it on the streets. 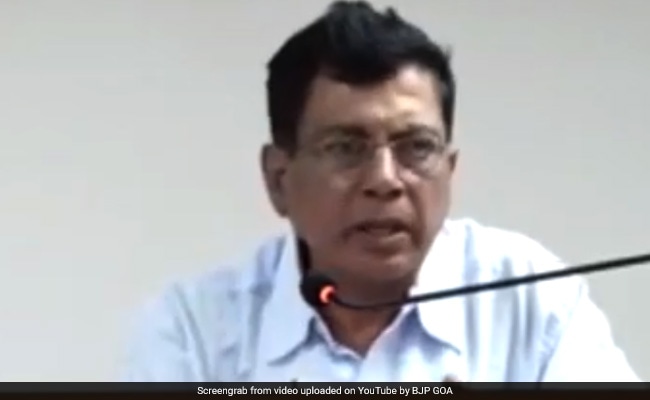 Goa Congress leader and former MP John Fernandes criticised his own party for opposing the amended citizenship act, saying laws passed by Parliament should not be challenged on the streets.

Mr Fernandes, a former Goa Pradesh Congress Committee (GPCC) president, termed the Citizenship (Amendment) Act (CAA) as a "good" law which should be accepted by people.

The passage of the bill in Parliament last month triggered protests across the country.

The Congress and other opposition parties have criticised the new law that grants citizenship to non-Muslim refugees from Pakistan, Bangladesh and Afghanistan who came to India before December 31, 2014 to escape religious persecution in their home country.

Mr Fernandes was addressing a gathering in Panaji where issues like citizenship bill and scrapping of Article 370, that provided special status to Jammu and Kashmir, were discussed.

The former GPCC chief, who held reigns of the party in Goa in 2013, said: "When a law is passed by Parliament, no one should be instigated by the opposition to say anything against it on the streets."

The two-time former Rajya Sabha MP asked: "Can laws be made on the streets? Then it is law of the jungle. These topics are not to be debated (once passed by Parliament)."

The CAA is to be accepted by the people of this country because these are good laws, he added.

"I belong to a particular political party but I have opinion as an individual. We have made mistakes in the last 70 years and why we should continue with the same mistakes?" he asked.

It is not anyone's business to convince India on Article 370 and CAA, the Comgress leader said, referring to Pakistan's criticism on these issues. "It is not for people across the border to dictate us terms about laws passed by our Parliament."

"When a law is passed by Parliament it has to be accepted. Even if the prime minister is not from my party, I should accept him because he is PM of India," Mr Fernandes said.

The government says the citizenship law will help non-Muslim minorities from three Muslim-dominated countries - Pakistan, Afghanistan and Bangladesh - to become Indian citizens easily if they fled to India before 2015 because of religious persecution. But critics fear the CAA discriminates against Muslims and violates the secular principles of the constitution.