The incident took place around 2 pm and search has been launched in the river for the woman, said an official. 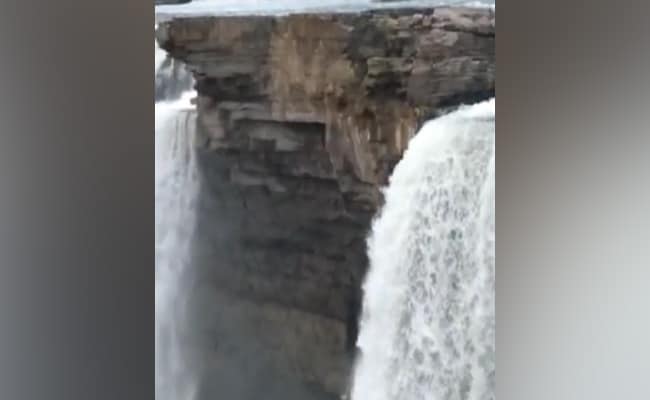 Police have roped in divers to trace the woman

An unidentified woman on Friday jumped into the Chitrakote waterfall on the Indravati river in Chhattisgarh's Bastar district, police said.

The incident took place around 2 pm and search has been launched in the river for the woman, said an official.

In a video which went viral, onlookers can be heard yelling in the background, trying to stop the woman poised to jump from the top of the 96-feet high waterfall.

According to eyewitnesses, the woman stood on the edge of the waterfall for some time before jumping off.

Police roped in divers to trace the woman, the official said, adding that chances of her survival seemed bleak.

Efforts were on to ascertain her identity, he added. The waterfall, a popular tourist destination, is located around 30 km from Jagdalpur, the headquarters of the district.