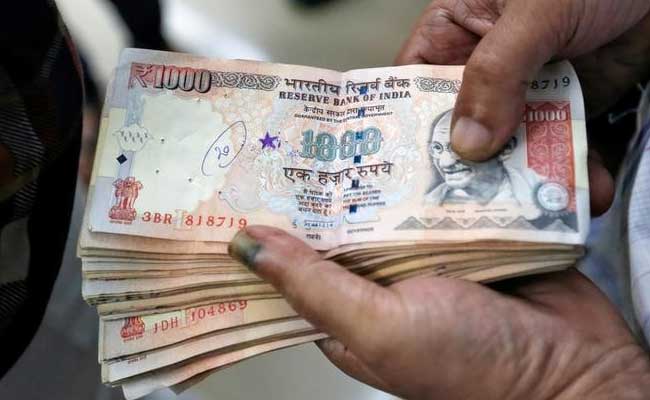 Possession of more than 10 pieces of the old notes by individuals will be a criminal offence.

New Delhi: The government has notified the law that makes holding of more than 10 scrapped notes punishable with a minimum fine of Rs 10,000.

Promoted
Listen to the latest songs, only on JioSaavn.com
The Specified Bank Notes (Cessation of Liabilities) Act, 2017, was passed by parliament last month with a view to eliminating the "possibility of running a parallel economy" using the old Rs 500/1,000 notes that have been demonetised.

The law, signed by President Pranab Mukherjee on February 27, also provides for a minimum fine Rs 50,000 for false declaration by persons who were abroad during the demonetisation period (November 9-December 30, 2016) and given time to deposit such scrapped notes with Reserve Bank of India till March 31.

With the law coming into force, possession of more than 10 pieces of the old notes by individuals and more than 25 pieces for study, research or numismatics purpose will be a criminal offence, attracting fine of Rs 10,000 or five times the cash held, whichever is higher.

The Act also ends the liability of the Reserve Bank and the government on the demonetised currency notes.

The government took the demonetisation decision on the recommendations of the RBI's central board to eliminate unaccounted money and fake currency notes from the financial system.

The law prohibits the holding, transferring or receiving of scrapped notes from December 31, 2016, and seeks to confer power on the court of a first class magistrate to impose penalty.

In a landmark decision, Prime Minister Narendra Modi had demonetised high-value currency notes of Rs 500 and Rs 1,000 on November 8.