CBI Case Against IFFCO Chief, Others Over Corruption Charges: Official

The accused allegedly claimed higher subsidies from the government by importing fertilisers at inflated prices, said the officials. 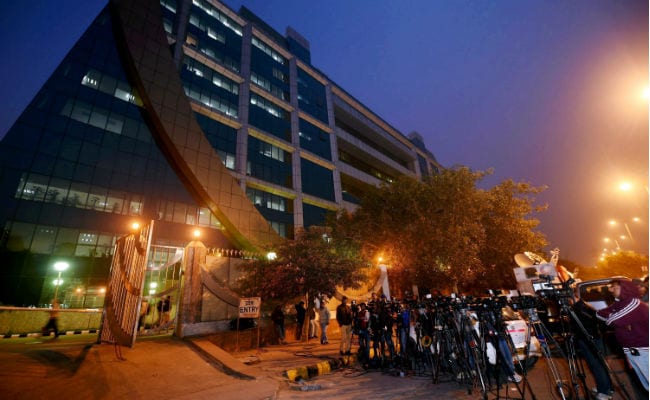 The CBI registered a corruption case against Managing Director and CEO of farmers' cooperative IFFCO US Awasthi, and Managing Director of Indian Potash Limited Parvinder Singh Gahlaut, besides their sons and others, for alleged irregularities in the import of fertilisers and claiming subsidies, officials said Wednesday.

After registering the FIR, the CBI started a search operation at 12 locations in Delhi, Mumbai and Gurgaon on the premises linked to Mr Awasthi and Mr Gahlaut, they said.

During searches, the CBI recovered Rs 8.80 lakh in cash from Mr Awasthi's residence, and fixed deposit receipts worth Rs 5.76 crore in the name of Mr Gahlaut and his family members, officials said.

The agency has also recovered from Mr Gahlaut's residence the details of 14 bank accounts and documents of 19 properties worth crores in Mumbai, Himachal Pradesh, Delhi and Haryana, they said.

The case pertains to claiming higher subsidies from the government by importing fertilisers at inflated prices and receiving their commission from the supplier through sham transactions, they said.

The fertilisers are supplied to farmers and the government provides subsidy to keep prices reasonable, they said.

The CBI has alleged that the accused, in order to cheat the government by claiming higher subsidy, imported fertilisers and raw materials through Kisan International Trading FZE in Dubai (a subsidiary of IFFCO) and other middlemen at highly-inflated rates, agency spokesperson RC Joshi said in a statement.

The inflated prices covered the commission meant for Mr Awasthi and Mr Gahlaut, which was transferred by the overseas suppliers to them through sham transactions involving the said accused, officials said

The agency has also booked an employee of Pankaj Jain, Sushil Kumar Pachisia and unidentified Directors of IFFCO.

India Cools Off On Demand For Russian Crude Oil