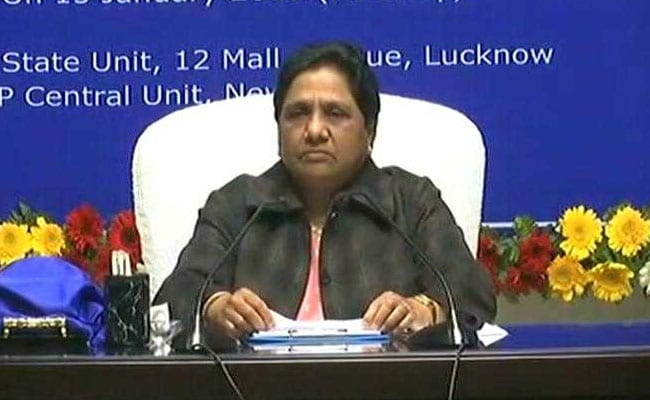 Hitting out at the government over its plea to return the land around the disputed Aypodhya site, BSP chief Mayawati on Wednesday said the move is out of "frustration" as the BJP feels it will not return to power because of her alliance with the Samajwadi Party.

"The step taken by the Central government on Tuesday is a blatant government interference and aimed at influencing the coming Lok Sabha elections against which people need to remain vigilant," Ms Mayawati said in a statement.

"BJP is now feeling that it will not return to power at the Centre after the SP-BSP alliance in Uttar Pradesh and out of frustration both the BJP-led Central and state governments are doing what is least expected from an elected government working as per the Constitution," she said.

Facing growing pressure to move swiftly on the Ram temple issue, the Modi government on Tuesday asked the Supreme Court to allow it to return the "non-disputed" surplus land acquired around the disputed structure in Ayodhya to a Hindu trust and other original owners, in a significant move ahead of the Lok Sabha polls.

Mayawati said that after losing people's faith and earning a bad name for failing to fulfil the promises it made, BJP is left with the last resort of "playing the religion card".

"BJP feels that this is the last gimmick left with them and so they are resorting to it," she said.

The BSP chief said the move depicts "narrow nationalism as was evident in the other decisions of the BJP government like the Citizenship Bill".