The two almost 7-month-old Borzois were handed over to the police and subsequently to a veterinary doctor. 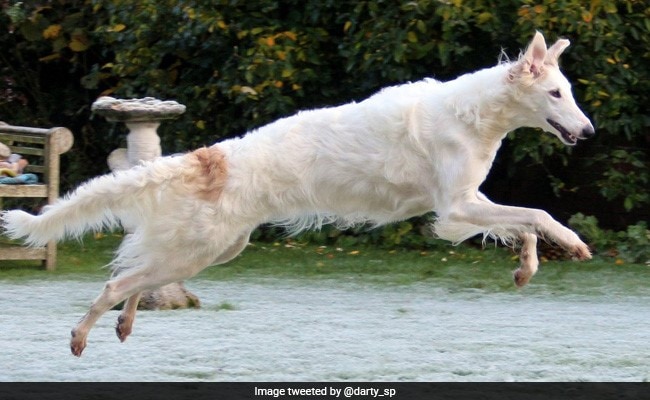 The Borzoi can cost over Rs 20 lakh in India, BSF officer said (Representational)

The BSF has rescued a pair of Russian dogs from being smuggled to Bangladesh from West Bengal's North 24 Parganas district, an official of the border guards said in Bengal's Kalyani on Wednesday.

The two almost 7-month-old Borzois were handed over to the police and subsequently to a veterinary doctor.

"A BSF jawan spotted a man walking with two bags near Amudia border outpost early in the morning. As his body language was suspicious, the jawan told him to stop. The man then dropped the bags and ran away to Bangladesh," said Arun Dahiya, Commandant of the BSF's 112 Naga battalion.

The BSF men found two dogs hidden beneath vegetables in the bags. Their legs were tied with ropes and mouths strapped. The animals were apparently suffering from suffocation, Mr Dahiya said.

The dogs were handed over to the Swarupnagar police station on Saturday. Borzoi is an expensive breed that can cost over Rs 20 lakh in India, he said.

"We have sent the dogs to a veterinary centre for treatment and rehabilitation. The animals are still unwell," officer-in-charge of Swarupnagar police station Tushar Kanti Biswas said.