Payal Ghosh, while levelling allegations of rape against filmmaker Anurag Kashyap, had also dragged Richa Chadha and two other female actors into the controversy. 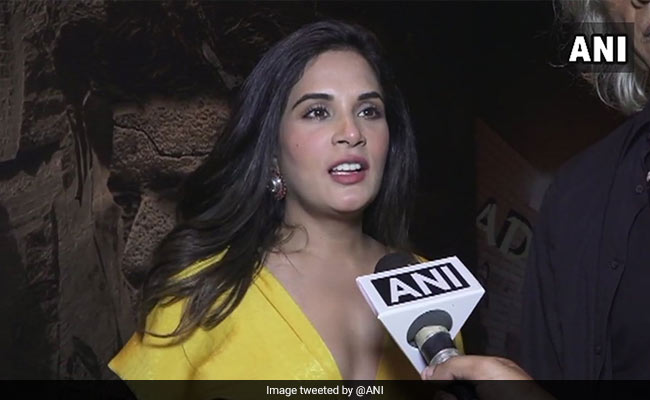 The Bombay High Court granted two days time to actor Richa Chadha and aspiring actor Payal Ghosh to file "consent terms" for settling the dispute between them with regard to the defamation suit filed by Ms Chadha against Ms Ghosh.

Last week, Richa Chadha filed a suit against Payal Ghosh for making a "false, baseless, indecent and derogatory" statement against her and sought monetary compensation as damages.

Ms Ghosh, while levelling allegations of rape against filmmaker Anurag Kashyap, had also dragged Ms Chadha and two other female actors into the controversy.

Ms Ghosh's lawyer Nitin Satpute told the high court last week that his client regrets the statement she made, and sought to withdraw it and apologise.

On Monday, Ms Chadha's lawyer Saveena Bedi Sachar, however, told a single bench of Justice AK Menon that the defendant (Payal Ghosh), after the court hearing last week, put up a post on her social media saying she would never apologise.

Justice Menon then asked Mr Satpute if Ms Ghosh was interested in settling the matter with Ms Chadha.

Mr Satpute reiterated that Ms Ghosh was withdrawing her statement and apologising, but with certain conditions. "After settling this matter, the plaintiff (Richa Chadha) should not file any criminal case against the defendant," Mr Satpute said.

"After the last hearing, the plaintiff made certain statements to the media saying she has won the case. This has resulted in the defendant being trolled on social media. But, we would like to settle the matter," he said.

Mr Satpute said he would get in touch with Ms Chadha's lawyer and finalise the consent terms. To this, Justice Menon said: "If you are settling the matter, then it would be best if you talk to each other instead of others and file the consent terms."

The court said no further time would be given on Wednesday (October 14) to file the consent terms.

The high court also continued its interim order passed last week by which it had restrained persons from making any false or derogatory statements against the plaintiff.

On September 23, Ms Ghosh filed a complaint at Versova police station in Mumbai, accusing Anurag Kashyap of raping her in 2013.

During his questioning by police on October 1, Anurag Kashyap denied the allegations and provided documentary evidence to show that he was shooting in Sri Lanka at the time when the alleged incident was said to have taken place.