While the Congress maintained it was not aware of any such development, the BJP said the ruling party in the state was facing shortage of leaders. 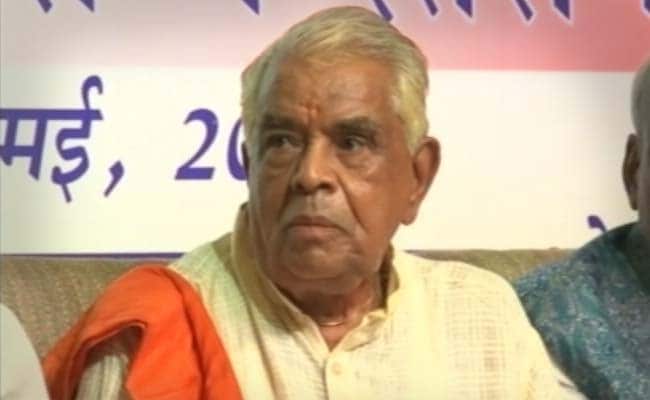 The Congress sought to distance itself from the issue.

Asked about reports of Congress leader Digvijay Singh approaching him to join the ruling party, Mr Gaur said, "He (Singh) visited my residence last month and offered me to contest election from the Bhopal Lok Sabha seat on a Congress ticket."

While the Congress maintained it was not aware of any such development, the BJP said the ruling party in the state was facing shortage of leaders.

Asked if he has taken any decision on the offer, Mr Gaur said, "I haven't thought about this offer yet. I heard his offer, (and) will keep (it) in mind."

Mr Gaur, however, rejected suggestions he was unhappy with the BJP and said his daughter-in-law and MLA Krishna Gaur was fielded by the party from Govindpura assembly seat.

Reacting to Mr Gaur's statement, the BJP said the Congress has been facing a dearth of leaders and making offers to functionaries of other political parties.

"Gaur ji is a leader associated with the party's ideology. On the other hand, Congress doesn''t have any leadership or cadre and looking for leaders in other parties.

"I don't know in which capacity, Digvijay Singh has been making this offer because he himself was removed from the post of general secretary by his own party," said Rahul Kothari, state BJP spokesman.

The Congress sought to distance itself from the issue.

"Gaur ji and Digvijay ji know about their discussions. The state party unit has no idea what transpired between both the leaders," MP Congress spokesman Narendra Saluja said.