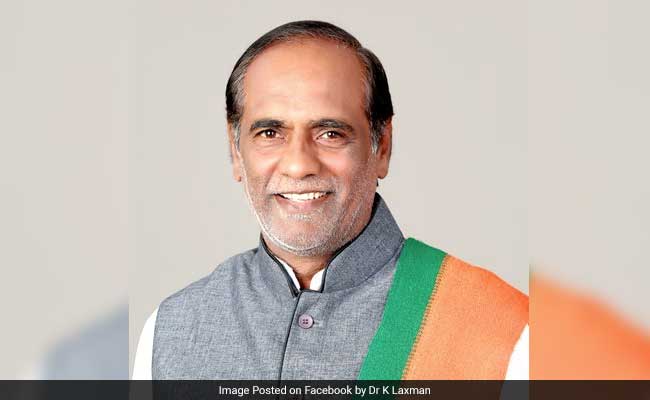 Hyderabad: BJP would like to replicate its success of Assam Assembly polls in Telangana by expanding its political space and emerging as an alternative to the ruling Telangana Rashtra Samithi (TRS), state party president K Laxman said today.

He also categorically dismissed talk in some quarters of TRS coming closer to BJP and possibly joining the NDA government at the Centre.

BJP presently has five MLAs and an MLC in Telangana.

Alleging that the TRS was not focused on implementing its election promises, including 2BHK housing scheme for poor, filling up one lakh government jobs, three acres of cultivable land to Dalit families, KG to PG free education and farm loan waiver, he said the BJP would expose the ruling party on its alleged failures.

The main opposition Congress and the TDP have weakened in recent times due to defection of a number of MLAs to the TRS, he maintained.

Claiming that the future of TDP and Congress was "very bleak" in the state, he said BJP would like to occupy the opposition space on the back of TRS government's failure in implementing its promises and the performance of NDA government at Centre.

Congress and TDP have been traditionally dominant in Telangana.

Noting that the recent visits of BJP national president Amit Shah and Union ministers have boosted the morale of party activists, Mr Laxman said the national party chief has declared that BJP would be an alternative in the 2019 elections.

Recalling that he has toured almost all the districts after becoming state party president, he said he would like to build the party "brick by brick".

Though BJP contested the 2014 elections in alliance with TDP, the saffron party would like to grow on its own as there are no elections till 2019, Mr Laxman said.

TDP is a member of the NDA.