Bihar Class 12 Results: One student claimed to have scored 68 out of 50 marks in English while another said he scored 38 out of 35 marks in Physics. 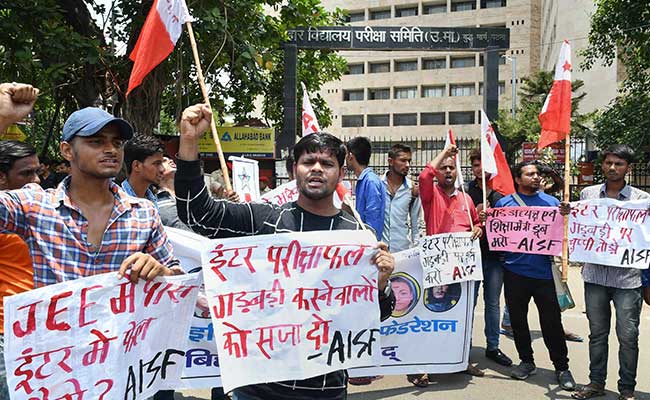 Patna: After results for Bihar's Class 12 exams were declared last week, many students claimed to have scored more than the maximum marks for a subject. One student claimed to have scored 68 out of 50 marks in English while another said he scored 38 out of 35 marks in Physics. Some students who cleared the IIT-JEE mains exams claimed to have flunked in Physics and Chemistry. To add insult to injury, when hundreds of examinees protested the discrepancies outside the board's office in Patna on Thursday, they were allegedly lathi-charged by the police.

Class 12 or intermediate students claimed that there was negligence in copy checking and discrepancy in their results and had demanded that the board either recheck their answer sheets or conduct the board exams again.

"I don't know on what basis I have been given 2 marks in Chemistry. Even after scoring a total of 248 marks, it shows that I have failed. My college depends on this and the board is taking this matter so lightly. Instead of helping us, we are being lathi-charged by them," said Rahul Rai, a student from Jagat Narayan School.

"I am confident that my exams went great. I qualified JEE- Mains and all other entrance examinations and scored a great rank but the Board has failed me even after scoring 307 marks. And when we are questioning the board, they are making us stand in the scorching heat and beating us with lathis," said another student, Johnson Kumar. 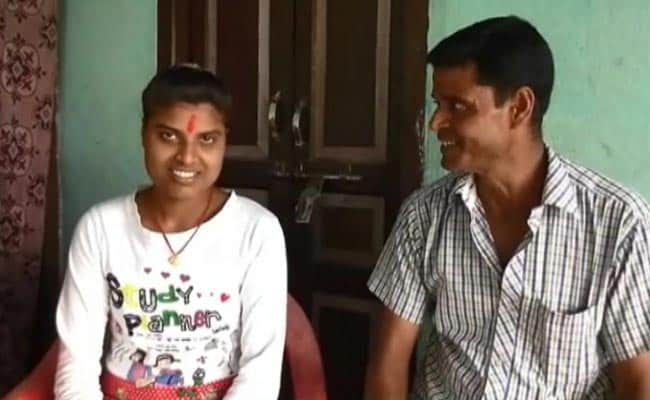 Ruby Rai was one of the toppers in 2016's Bihar Class 12 exams. She had written the names of movies in her answer sheet, the name of poet Tulsidas more than a hundred times in another paper and poetry in others (File Photo)

The Bihar School Examination Board or BSEB responded to the protests in a press release on Saturday saying that the aggrieved students had the "opportunity" to request scrutiny of their answer sheets. However, aggrieved students are expected to do so by June 16, a deadline of just one week.

Police officials however, have denied the allegations made by the students and said that the students were dealt with non-violently.

"There has been no lathi-charge on the students and they need to maintain law and order even if they want to raise their voice against something. We are dealing peacefully with them and they should wait quietly for an official to come and listen to their grievances," police officials said.

The counter-claim made by Bihar's police officials however stand on shaky ground as statistics have revealed that eight out of the 12 lakh students who appeared for the Class 12 exams, have failed.

This is not the first time outlandish results were declared by the Bihar board.

In an incident which made headlines earlier, Ruby Rai was one of the toppers in 2016's Bihar Class 12 exams. She had written the names of movies in her answer sheet, the name of poet Tulsidas more than a hundred times in another paper and poetry in others.

She was the state's topper in Political Science, a subject which she said in a television interview, had taught her cooking.