Bihar Election: "Every single vote given to NDA will take Bihar on the path of development. But one wrong vote of yours will again push Bihar towards Jungle Raj. Be both careful and cautious, again choose NDA in Bihar," Sushil Kumar Modi tweeted. 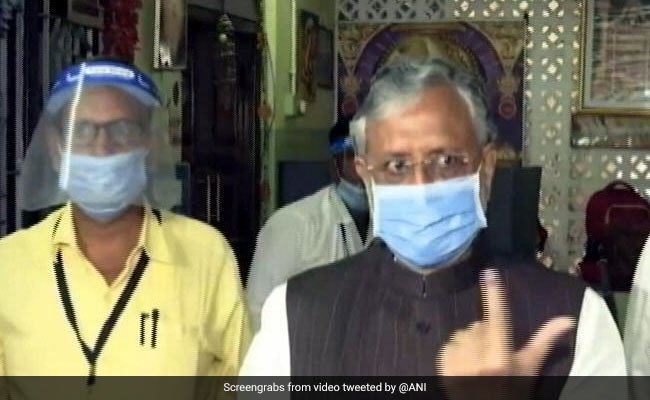 Bihar Deputy Chief Minister Sushil Kumar Modi on Tuesday asked voters, casting their vote in the second phase of State Assembly polls to be cautious, stating that "one wrong vote of yours will again push Bihar towards jungle raj".

"Every single vote given to NDA will take Bihar on the path of development. But one wrong vote of yours will again push Bihar towards Jungle Raj. Be both careful and cautious, again choose NDA in Bihar," Sushil Modi tweeted.

The BJP leader cornered RJD chief Lalu Yadav's sons Tejashwi Yadav and Tej Pratap Yadav, stating that "the way Lalu ji's sons are lobbying for a Leftist organisation to gain a foothold in Bihar, it is clear that they want to establish Jungle Raj in Bihar. Not the ninth failure, we will choose engineer Babu because good governance has come under his rule. We do not want a ruckus of the grand alliance".

"The scam accused father is in jail and the son is also out on bail in a corruption case. And now they want to form a government in Bihar. This fraud will not work in Bihar. Nitish Babu will come again," he said.

Sushil Modi further hailed the NDA-led government led by Chief Minister Nitish Kumar in Bihar for bringing development and prosperity to the state.

"The NDA government has given cycles to girls and freedom to women from smoke. We gave you electricity, water, roads, flyovers, bridges over rivers, higher education and railway connectivity. Women got freedom, elders got respect and youth got employment. All this has been possible in the NDA government," he said.

"Bihar is in the grip of development under the leadership of Nitish Kumar. Tejashwi's lantern has burst, as every house is illuminated with NDA's LED. The vote will be on the development of NDA. Because Bihar once again needs the NDA government," he added.

Polling began at 7 am on 94 Assembly seats across 17 districts in the second phase of Bihar polls on Tuesday with precautionary measures against COVID-19 in place. Over 2.86 crore voters are eligible to cast their vote in the second phase which is also the largest of three phases of Assembly poll in the state.