Congress Elects Bhupinder Hooda As Leader Of Opposition In Haryana 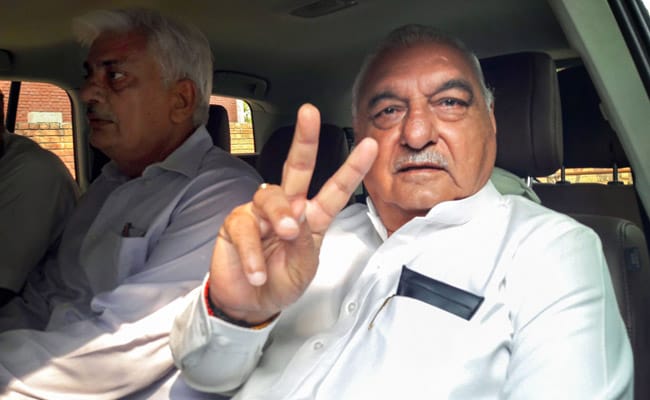 After being appointed the CLP leader, Mr Hooda will now be the Leader of Opposition in the newly-constituted assembly, AICC Haryana in-charge Ghulam Nabi Azad said at a press conference in Delhi.

A resolution was passed by the MLAs unanimously authorising Ms Gandhi to elect the CLP leader and after being briefed by observer Madhusudan Mistri about the wishes of the MLAs, she has appointed Mr Hooda as the CLP leader, he said.

Mr Azad also praised Mr Hooda and Haryana Congress chief Kumari Selja for their efforts in the assembly polls, saying their combination had worked well for the party and despite the short time they got, they ensured a good performance by the Congress.

Ahead of the assembly election in Haryana, the Congress high command had replaced Ashok Tanwar with Ms Selja as the state party chief and Mr Choudhary as CLP leader with Mr Hooda. Mr Tanwar had later quit the party.

In the 90-member assembly, the strength of BJP is 40, its ally Jannayak Janta Party (JJP) 10, Congress 31, Indian National Lok Dal (INLD) one, Haryana Lokhit Party one and seven independents. The seven independents too had extended support to the BJP.