Bhopal Boat Tragedy: Parvez had aksed for Rs 10 to buy incense sticks before leaving house on Friday night, only never to return, she said, while having an emotional moment. 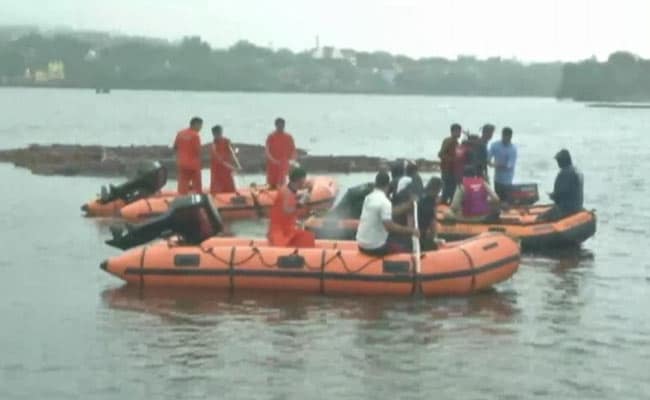 Bhopal Boat Tragedy: The incident occurred around 4:40 am when one of the two boats tilted (File Photo)

Shafiqa Sheikh is pained to recall the last conversation she had with her 12-year-old son Parvez who became the youngest victim of the twin boat capsize tragedy on Friday during immersion of an idol of Lord Ganesh on the last day of the ten-day festival.

Parvez had aksed for Rs 10 to buy incense sticks before leaving house on Friday night, only never to return, she said, while having an emotional moment.

Parvez had been celebrating Ganesh festival since he was five.

"He left home without having dinner on Thursday night to participate in the procession. I had stopped him from going but he told me to give him Rs 10 to buy agarbattis as this was the last time when a Ganesh tableau was set up in this locality (100 Quarters in Piplani area). I gave him Rs 10 he had demanded....he didn't come back alive," she said on Saturday.

Parvez's elder brother Ashfaq alias Shahrukh recalled that the boy used to be an active participant in the Ganesh festivities in the area.

"Like every year, Parvez spent most of his time in the Ganesh pandal. He used to return home only for bathing and sleeping during the festival days," Shahrukh added.

He said their mother had tried to persuade Parvez against going with the procession on the intervening night of Thursday and Friday, but to no avail.

Shahrukh said their father had died of a cardiac arrest about five years ago.

Parvez was among the 11 people who drowned while immersing the idol in the Lower Lake in Khatlapura ghat.

The incident occurred around 4:40 am when one of the two boats tilted, and when people on the other boat tried to help their boat also became unstable. Eventually both the boats capsized, an official had said.

It shows the boats losing balance as the devotees onboard began pushing the idol into the lake water. It also shows people trying to save their lives by swimming ashore.