Many students from BHU took out a march in favour of Professor Firoze Khan, saying the protest against him should end and he should be immediately allowed to start teaching the language

The Sanskrit Vidhya Dharma Faculty at the Banaras Hindu University reopened today despite continued protests by students over a Muslim professor being appointed to teach the subject. Locks on department buildings were opened at about 3.30 pm in the presence of faculty members. Students were urged to return to class but they refused to do so and have indicated they will continue agitations. A section of BHU students have spent the last 14 days protesting the decision to appoint Professor Firoze Khan to the faculty; they claim that a non-Hindu cannot teach such a specialised subject.

The protesting students have, however, been countered by others who have spoken out in favour of Professor Khan and, on Wednesday, held a march to support him; one banner held during the march read: "We are with you Dr Firoze Khan".

"I can only say that we have got the faculty reopened. The protesting students they have told us they have no objections to the locks being opened," Chandramauli Upadhyaya, a professor at the faculty, said.

Some of the staff at the faculty appear to support the protesting students .

"This is a modern Sanskrit department and this place lays emphasis on Shastras and Vedas. Firoze Khan has been appointed here in this specialised faculty. Only that person can teach here who is well-versed in tradition. I do not think he may not be able to follow the traditions of this place," Bhagwat Swaroop Shukla, a professor, said.

However, Mr Shukla also said he did not feel the university's selection process was wrong. 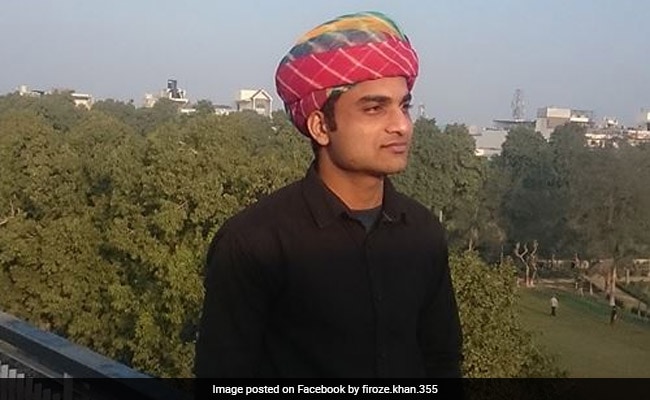 Professor Khan was named Assistant Professor on November 5 but has been unable to teach because of the protests. The students who have spoken out against his appointment have demanded it be cancelled because he is not a Hindu.

The university has stood by Professor Khan and insisted that it will not back down.

"We are in constant touch with the students and we hope to resolve this by today. See... religious feelings sometimes tend to have a different context but whatever has happened, the appointment, the university runs according to UGC guidelines and will do so in the future too. There is no confusion. The university has done nothing wrong," OP Rai, Chief Proctor at BHU, said.

Those who chose Firoze Khan to the post, including Professor Radhavallabh Tripathi, one of the country's most eminent Sanskrit scholars, say he is the most qualified candidate.

"Firoze Khan was selected on the basis of his qualification and he was the most qualified person best suited for the post. He has been trained in "pathshala padhyati" which is the traditional way of teaching Sanskrit and he was just the best candidate. I think the resistance against the appointment is because of vested interests and it should not be allowed," Professor Tripathi told NDTV.

Condemning the protest, Bahujan Samaj Party chief Mayawati tweeted: "The appointment of an eligible Muslim Sanskrit scholar by BHU as its teacher will be considered simply as giving patronage to talent and no one should be allowed to do any work that could be demoralising. It would be better if the government pays proper attention to it immediately."