Baahubali: Prabhas Was Only Choice, No One Else Was Considered, Says Producer 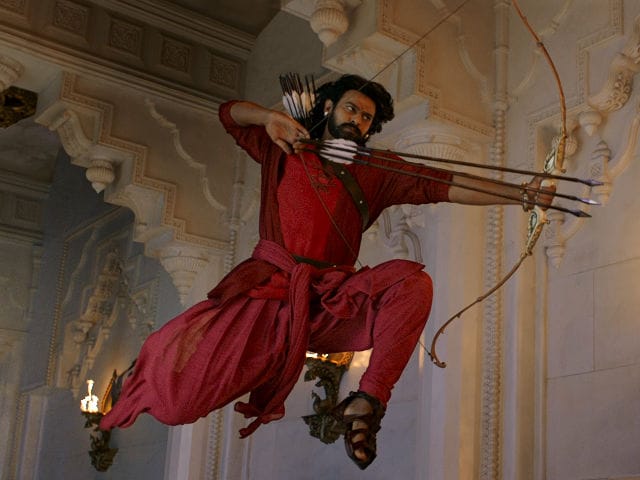 New Delhi: Baahubali series producer Shobu Yarlagadda told news agency PTI that Prabhas was the only choice for the titular role and the makers never considered another actor for the part of Amarendra/Mahendra Baahubali. There were reports that Bollywood actor Hrithik Roshan was approached for the role of Mahishmathi's beloved prince but Shobu said: "I haven't thought beyond him (Prabhas) and the character was written keeping him in mind. We never approached anyone else, contrary to what some news reports say." The second part of S S Rajamouli-directed Baahubali series released on April 28 and has taken over the box office ever since.

The film is a huge success now. Baahubali: The Conclusion became the first Indian film to cross Rs 1,000 crore-mark worldwide. Baahubali 2 (Hindi version) has toppled several records and is inching towards Rs 500 crore-mark.

After Baahubali 2's grand success, rumours of a third film flooded the Internet. Of this Shobu Yarlagadda told PTI: "Really not thinking of Baahubali 3. But the team is doing many things around the cinematic character like animated series, TV series, games and other things." That's true. The promos of Aarambh, a television show which will narrate the story of Devasena (Amarendra Baahubali's wife) have generated a lot of curiosity. The show's story is written by Rajamouli's father, K V Vijayendra Prasad, who also wrote the Baahubali series. Baahubali 2 stars Anushka Shetty as Devasena.

Promoted
Listen to the latest songs, only on JioSaavn.com
The film also stars Rana Daggubati as antagonist Bhallala Deva, Ramya Krishnan as Sivagami, Sathyaraj as Katappa and Tamannaah Bhatia as Avantika.