Baahubali 2's 1,500 Crore Has Not Impressed This Filmmaker 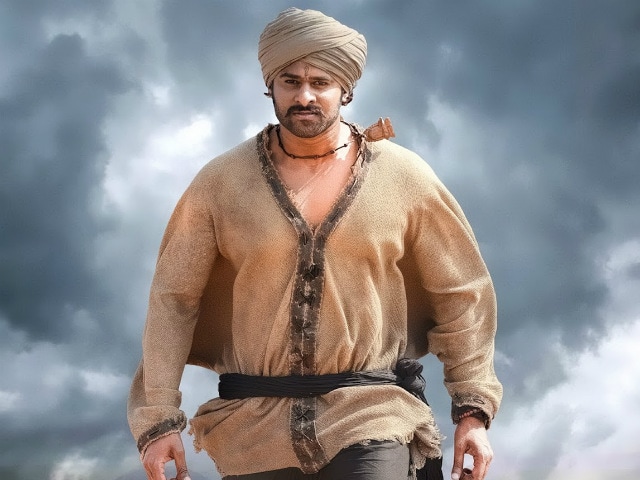 New Delhi: Baahubali 2 is the first Indian movie to have garnered a box office score of over Rs 1,500 crore but filmmaker Anil Sharma is not convinced of Baahubali's record-breaking status. Mr Sharma is best known for 2001's Gadar: Ek Prem Katha and is also the director of films like 2007's Apne, 2010's Veer, and 2013's Singh Saab The Great. In a recent interaction with the media, Mr Sharma revealed that Baahubali 2's box office performance is simply a fraction of what Sunny Deol's Gadar had made, with respect to the difference in timelines and ticket pricing, reported news agency IANS. "It is just a matter of time. There was a time when, in 2001, Gadar : Ek Prem Katha was released and had done a business of 265 crore, which as per today's calculation is Rs 5,000 crore," Mr Sharma told reporters when asked about Baahubali 2.

This is how Mr Sharma explained the math: "As mentioned, Gadar had done a business of Rs 265 crore in 2001 when the ticket rates were Rs 25 only. As per valuation, it is Rs 5,000 crore today and Baahubali 2 has just reached some Rs 1,500 crore, so no record has been broken," IANS quoted him as saying.

The filmmaker also said that a "good film" always has the potential to topple records, however, reiterating that Baahubali 2 has not set any. "Please don't frame me in all these things. If some good film comes, records would be broken. And as far as Baahubali 2 is concerned, it has not yet set any record," said Mr Sharma, reported IANS.

This is what Mr Johar tweeted on Baahubali 2's massive box office success:

The HINDI version of #BaahubaliTheConclusion marches past the 450 crore mark! The worldwide MANIA continues!!!! #Baahubali1500crpic.twitter.com/NchHHvxFcA

Baahubali is S S Rajamouli's two-part epic drama that made stars out of Rana Daggubati and Prabhas. Baahubali: The Beginning released in 2015 and Baahubali: The Conclusion followed up opening across 8,000 screens in April this year. Anushka Shetty, Ramya Krishnan, Tamannaah Bhatia and Sathyaraj are also part of the ensemble cast of Baahubali.