Baahubali: Shah Rukh Khan Hasn't Seen Part 2 Yet But Knows Why It's Such A Hit

Baahubali 2: Shah Rukh Khan says technology is important in filmmaking but more than that a filmmaker need vision and the art of storytelling. Rajamouli used both 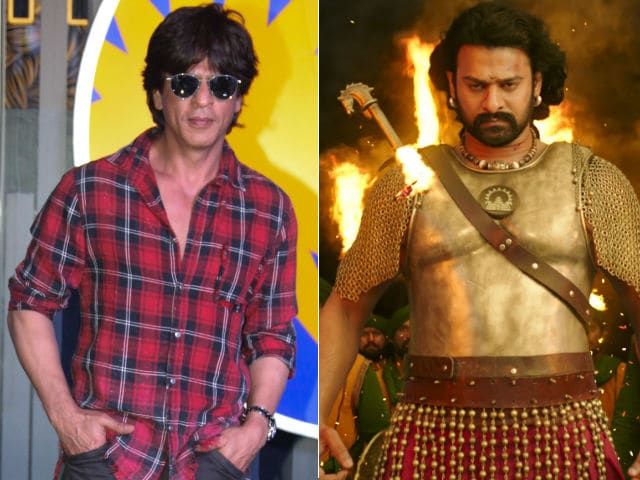 New Delhi: Superstar Shah Rukh Khan says the success of S S Rajamouli's Baahubali: The Conclusion proves the thought - "No guts, no glory." The 51-year-old actor told news agency IANS that he has only watched the first part of Rajamouli's two-part epic piece and says that it is "an extremely inspiring film." Shah Rukh said: "I saw Baahubali part one. Unfortunately, I have not seen part two yet. It's an extremely inspiring film and I think it holds true for part two as well. Not just the success with numbers but the vision, just the thought - No guts, no glory - and Baahubali stands for that."

Baahubali 2 used VFX to create the marvelous fictional kingdom of Mahishmathi and its surrounding. Technology was used to enhance visual effects and create the best of action sequences. But Shah Rukh Khan says that technology is only one aspect of creating a grand cinematic experience, the other is good old storytelling.

"Technology, of course, will always be a huge part of cinema. I believe that. I would never discount the fact that other kinds of films can also be made. They're fantastic and beautiful. Before technology came in, we still made wonderful films. But if you want to create that big cinema and that big dream to sell to a big number of people, you have to have guts to take that storytelling on and say it in the biggest, nicest, boldest way possible. 'Baahubali stands for that," said Shah Rukh Khan.

"Rajamouli is always inspirational. Whichever film he'll make. And there are some other directors, producers also who do that. It's heartening and encourages every filmmaker. Me too," he added.