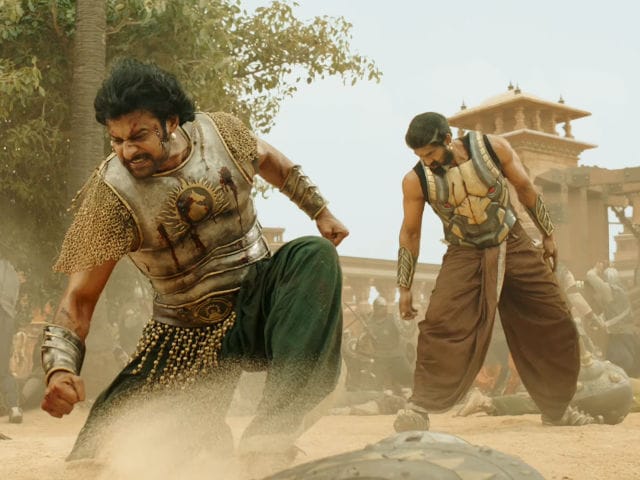 New Delhi: The box office race between Baahubali: The Conclusion and Dangal has intensified. Dangal, which was dormant on the box office for a couple of month gained momentum again after it released in China earlier this month. Meanwhile, S S Rajamouli's magnum opus shows no signs of stopping even after the release of several films like Amitabh Bachchan's Sarkar 3 and Parineeti Chopra and Ayushmann Khurrana's Meri Pyaari Bindu. This is the story of Baahubali's number-altering game at the box office. The Hindi version of Baahubali 2, starring Prabhas and Rana Daggubati, has crossed Rs 400-crore mark and has a new target - Rs 450 crore - according to trade analyst Taran Adarsh.

Worldwide, Baahubali 2 has made above Rs 1,500 crore and now, Dangal with the success of China's number has also crossed the Rs 1,000 crore mark.

Baahubali: The Conclusion released in several languages on April 28 and rocked the box office the very first day when it opened with an unheard of Rs 120 crore collection. In the following days it broke one record at a time and even surpassed the collection of Tom Hanks' The Circle in USA.

Baahubali 2 is the final part of Rajamouli's two part epic film which started in 2015 with Baahubali: The Beginning.