Baahubali 2: Ranveer Singh's Review Of Rajamouli's Film Is A Must-Read

Ranveer Singh is the latest actor to join Baahubali 2 fan club. The actor is all praises for Rajamouli and the film 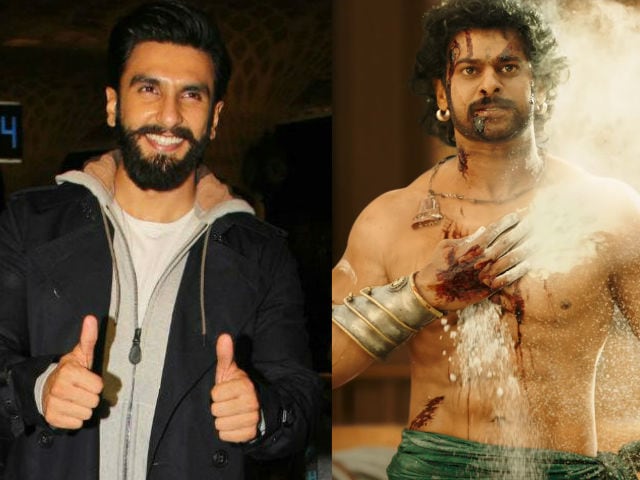 New Delhi: Baahubali: The Conclusion has destroyed all major box office records. S S Rajamouli's film has set a new benchmark for all Indian films across the globe. In fact, the celebrities too have become a fan of Baahubali 2 and Rajamouli. Soon after the release of the film, superstar Rajinikanth saw the magnum opus and called it 'Indian cinema's pride.' Now, the latest actor to join Baahubali 2 fan club is Ranveer Singh. The 31-year-old actor, who probably watched Baahubali 2 yesterday is all praises for Rajamouli and the film. In his unique style, Ranveer tweeted, "B A H U B A L I OOOOOOOOMFG !!!!!!!!!!!!!!! @ssrajamouli." (Notice the various emoticons used)

Thank you so much Ranveer..:) https://t.co/CBo6njMXqo

Kattappa is my bae - All right perhaps I am a bit obsessed- but try it- say Kattappa 3 times and you won't be able to stop- it's like eating wafers - addictive!

Saw Baahubali & I've been calling my daughter Kattappa much to her dad's annoyance-Perhaps he would prefer her being called Rowdy instead:)

Promoted
Listen to the latest songs, only on JioSaavn.com
Baahubali 2 (Hindi) has so far earned over Rs 430 crore at the box office. Trade analysts predict that the film will cross Rs 450 crore soon. In US, Baahubali 2 has collected Rs 121 crore.