Baadshaho Poster: Ajay Devgn Is 'The Badass In A Bandana'

Ajay Devgn revealed his look from Baadshaho, his upcoming film. He is dressed in black and seems he is bent on revenge 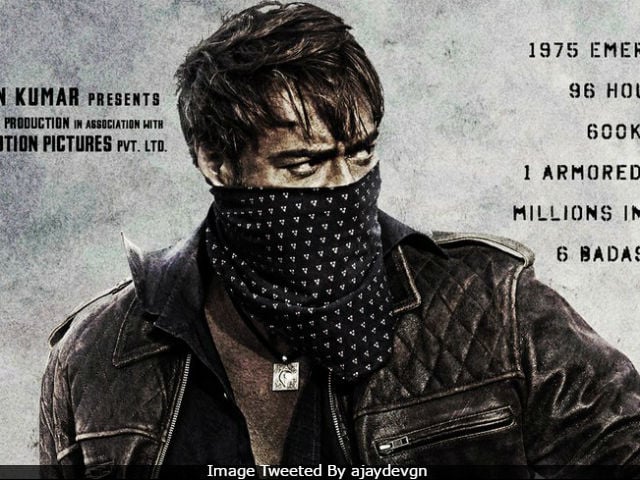 New Delhi: A day after releasing the teaser poster of Baadshaho, actor Ajay Devgn has now revealed his first look from the film. Ajay is dressed in black and his face is half-covered with a bandana. He is holding two guns. "The badass in the bandana," Ajay captioned his post on social media. The plot of Baadshaho is set against the backdrop of the Emergency era of the 70s. Ajay Devgn co-stars with Ileana D'Cruz, Lisa Haydon, Esha Gupta, Emraan Hashmi and Vidyut Jammwal in the action-thriller. Baadshaaho is directed by Milan Luthria. The first poster of Baadshaho clearly revealed the subject of the film.

The badass in the bandana! @Baadshahopic.twitter.com/QUvkhYvQrn

Check out the first poster of Baadshaho.

Baadshaaho is Ajay Devgn's fourth film with Milan Luthria after Kachche Dhaage, Chori Chori and Once Upon a Time in Mumbai, in which the actor co-starred with Emraan Hashmi. Ajay and Emraan have also co-starred in Dil Toh Baccha Hai Ji.

Of the film, Milan Luthria earlier told news agency PTI, "This is a historical fiction film. We have used some facts, there is lot of stuff that was unusual and exciting. It (Emergency as subject) is a great backdrop for action and thrills. We have done extensive research on the subject."