The NTPC artificial pond was used to store ash that the coal power plant generated as a byproduct. The coal ash is extremely harmful and contains toxins including arsenic

NTPC ash leak: A river-like slush is seen flowing in the coal power plant in Singrauli

A breach in an artificial pond that stored toxic residue from a coal power plant run by the state-owned NTPC has contaminated farmland in Madhya Pradesh's Singrauli, villagers have alleged. The district collector said no one was injured and the ash spillage happened inside the boundary wall of the power plant.

The Madhya Pradesh government said the leak has been contained.

The villagers, however, allege their farmland has been affected and cattle have been swept away.

"Three villages are devastated. A lot of toxic ash has flowed into Rihand reservoir," said activist Jagat Narayan Vishwakarma, who has petitioned the National Green Tribunal to stop pollution in Singrauli.

NTPC said the leak could be a result of heavy rain in the area. "There is no loss of life or material. There has been a breach for sure. Everything is under control and our teams are there. It is unfortunate. There was heavy rain in the last few days and that could be a reason (for the breach)," said NTPC Vindhyachal spokesperson LM Pandey said. 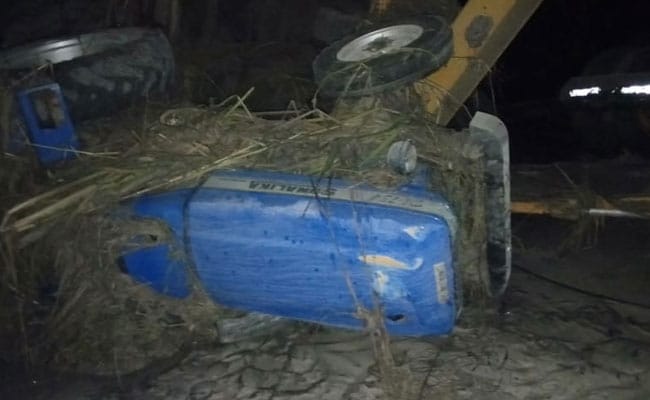 In visuals, a river-like slush of grey liquid is seen flowing on what appears to be farmland and village roads. Some farm tractors carrying hay are seen tipped over by the force of the ash sludge.

"Yesterday evening we got information that an NTPC ash dyke in Shahpura village has breached. This is on NTPC land and there has been negligence. They were working on strengthening it," Singrauli District Collector KVS Chaudhary said.

"We had strictly written to all power plants to carry out checks. There is no doubt there has been negligence. The Pollution Control Board will check for environmental damage. Luckily, no crops are damaged, but there is damage to the environment," Mr Chaudhary said.

This is the second such incident in the past two months in the area that's shared with Uttar Pradesh's Sonbhadra district and is home to 10 coal-based power plants with a capacity of about 21,000 megawatt - the largest for one region.

The artificial pond was used to store ash that the coal power plant generated as a byproduct. The coal ash is extremely harmful and contains toxins including arsenic. 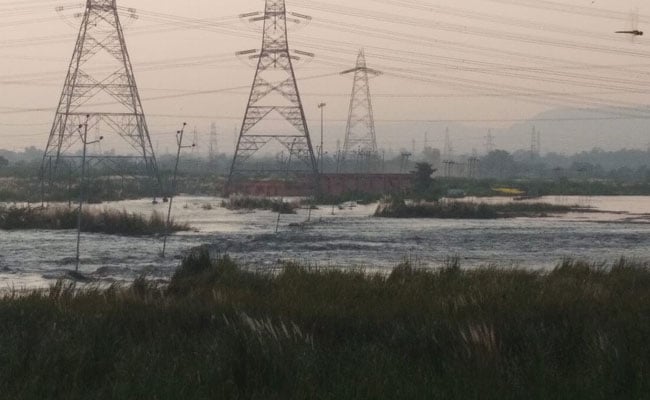 "Just last month, there was a meeting of the government's oversight committee and everyone had given written assurance that ash dykes would be protected and maintained. But it has been just a month and it shows that the company and the Pollution Control Board have been negligent," said Mr Vishwakarma.

With 23 coal-based power stations, NTPC is the largest thermal power generating company in the country. It has a coal-based installed capacity of 42,900 megawatt. The NTPC conglomerate also has interests in consultancy, power trading, rural electrification, ash utilisation and coal mining.