Singrauli: Five children are seen covered with white ash on their hair, face and chest

A breach in an artificial pond that stored toxic residue from a coal power plant run by Essar Power MP Ltd has contaminated farmland in a 4-km area in Madhya Pradesh's Singrauli, villagers living in the area have alleged.

"Five children got stuck in a house. We rescued them around midnight," said Singrauli district collector KVS Chaudhary. In a photo, the five children are seen covered with white ash on their hair, face and chest as they stood in the dark.

Singrauli, an area shared with Uttar Pradesh where it falls under Sonbhadra district, is home to 10 coal-based power plants with a capacity of over 21,000 megawatt - the largest for one region. These plants have made Singrauli the second most critically polluted industrial zone in the country after Ghaziabad, according to the Central Pollution Control Board.

Essar Power MP Ltd (EPMPL) in a statement said the breach in the ash pond of the coal-fired power plant happened on Wednesday night and alleged it was "a clear case of sabotage".

"Some 500 farmers are affected after the ash leak. We have called for a preliminary probe and will look into all aspects, including the statement by Essar," said Mr Chaudhary. "The state and central pollution control officers are taking samples." 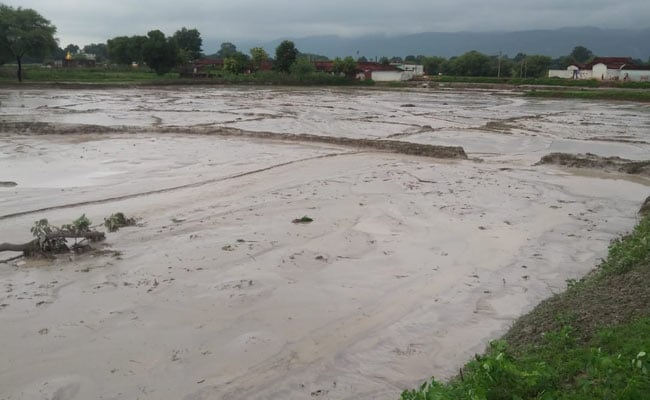 Photos and videos taken by villagers on their mobile phones show a sea of sludge in the areas around the power plant and also on what appears to be agricultural land.

The artificial pond was used to store ash that the coal-fired power plant generated as a by-product. This coal ash is extremely harmful, and contains toxins including arsenic. Scientists and activists say any leak in such a pond around power plants can lead to severe contamination of groundwater and affect health.

Ash ponds are supposed to be reinforced with concrete walls around them, according to government and pollution control norms, and regulations require that these ponds are not used beyond their capacity. 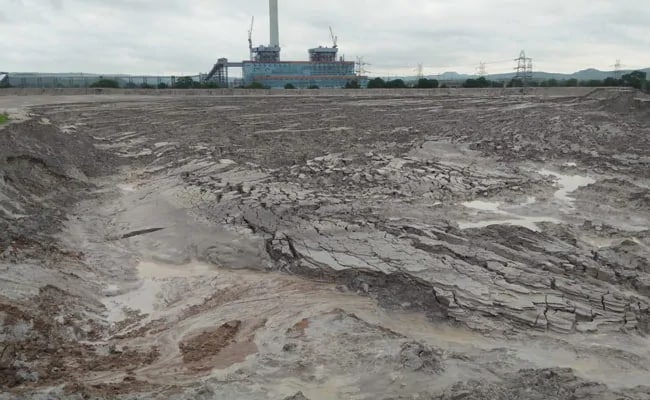 "In some areas, the ash has gone up to six feet. Two villages are affected. The breach happened in a wall of the ash pond. These walls should be built of mud and bricks and concrete, but in this case the wall was built with ash," said Jagat Narayan Vishwakarma, an activist who has petitioned the National Green Tribunal over pollution in Singrauli.

"This is not right. This has happened in other power plants in the area earlier too, but no one cares," he said.

EPMPL in a statement said the pond was breached by "an act of sabotage"; it alleged the villagers were responsible for the "mischief". "Our security personnel deployed at the location have given a statement to the local police saying that they spotted 4-5 unidentified persons fleeing from the site of the incident last night. We have filed an application for FIR alleging sabotage, and also apprised all local authorities about the incident," the company said in a statement on its website.

The company said the land where the ash has fallen is non-agricultural land owned by EPMPL. "In fact, families continue to live on the land at their own risk as encroachers despite repeated requests from EPMPL," it said.