"Both Rehman and Paramjit have been found involved in the illegal act. The Army headquarters have also confirmed that the documents shared by the duo were classified in nature," a police officer said. 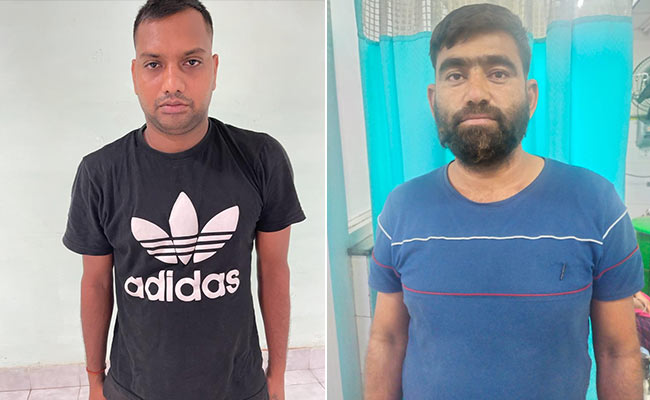 Both Rehman (in blue tshirt) and Paramjit have been found involved in the illegal act, police said

Two people, including an Army man, have been arrested under the Official Secrets Act for allegedly providing classified documents to the Inter-Services Intelligence (ISI) of Pakistan, the Delhi Police said on Thursday.

The Army headquarters have confirmed that the documents in question were classified in nature, they said.

The development comes after a 34-year-old vegetable supplier at the Pokhran Army base camp was held for allegedly getting sensitive documents from an Army man for money and providing them to the Inter-Services Intelligence (ISI).

The vegetable supplier, Habeebur Rehman, was picked up on Tuesday by the Delhi Police from Pokhran in Rajasthan, officials had said on Wednesday. 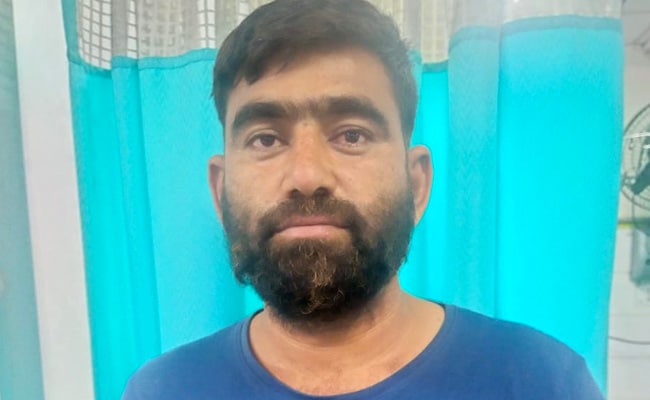 According to police, Habeebur Rehman's relatives are based in Pakistan's Sindh

The Delhi Police's Crime Branch received information that some sensitive documents related to defence establishment were being sent to the neighbouring country through spy network.

"We got input about the involvement of one Habibur Rehman. Our team then conducted a raid and arrested him from Pokhran after due verification. Some secret documents were recovered from his possession and a case was registered against him under the Official Secrets Act," Special Commissioner of Police (Crime) Praveer Ranjan said at a press conference.

During the course of investigation, it was found that Army man Paramjit was the link man in the crime. He was earlier posted at Pokhran where he came in contact with Rehman who asked him to share the secret documents, the officer said.

Paramjit is currently posted as a clerk at Agra Cantt, police said.

According to police, Rehman's relatives are based in Pakistan's Sindh and he had been to that country and met some people there involved in the spy racket.

Rehman was asked to share the documents with them and the money for doing the job was sent through hawala network, police said, adding that further investigation is underway in the matter.

"Both Rehman and Paramjit have been found involved in the illegal act. The Army headquarters have also confirmed that the documents shared by the duo were classified in nature," a police officer said.

Multiple bank accounts used in the crime have been found, he said, adding the matter is being thoroughly investigated.