"Am Vegetarian...How Will I Know?": Union Minister Ashwini Choubey On Onion Crisis

Prices of onions and tomatoes - both kitchen staples for large parts of the country, particularly those belonging to economically weaker sections - have soared in recent weeks and months 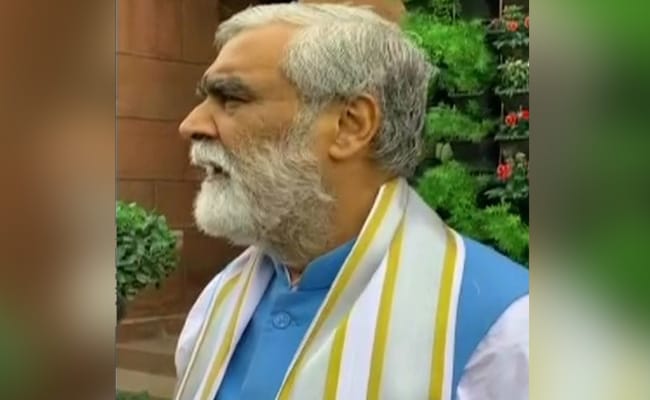 As people across the country grapple with skyrocketing onion prices, the BJP's Ashwini Choubey dismissed the crisis with a laugh, claiming that as a vegetarian he had never tasted onions and did not know anything about the crippling shortage. A Minister of State of Health and Family Welfare, Mr Choubey also defended Union Finance Minister Nirmala Sitharaman, whose "I don't eat onions" comment was attacked by opposition parties today.

Rising onion prices, with rates threatening to climb as high as Rs 150 per kilogram in Kolkata, have been the cause of much commotion inside and outside parliament. On Tuesday the average selling price in the country was Rs 75 per kilogram; the high was Rs 140 per kilogram in Port Blair.

"I am a vegetarian. I have never tasted an onion. So, how will a person like me know about the situation (market prices) of onions?" Ashwini Choubey said in a video shared by news agency ANI.

#WATCH "I am a vegetarian. I have never tasted an onion. So, how will a person like me know about the situation (market prices) of onions," says Union Minister Ashwini Choubey pic.twitter.com/cubekfUrYW

Mr Choubey went on to defend Finance Minister Nirmala Sitharaman, who has come under attack from the opposition for her comment.

"When did she say that (when told of Ms Sitharaman's comment and asked for a response)... she never said that. See Nirmala Sitharman-ji was asked about onions and she gave a good answer about what the government is doing to help people," he claimed.

On Wednesday Ms Sitharaman, interrupted by opposition MPs during a debate on the onion prices, quipped she "doesn't eat onions much" and belongs to a family that has little use for the kitchen staple.

After being criticised for his remarks, Mr Choubey clarified that his statement was being quoted out of context.

"The farmers grow onions and other crops, I myself come from a rural background, we used to grow it too. Yes, I do not consume it, I am ''Saatvik'' I do not eat even garlic, what is the news in that. Some people are vegetarians and others are non-vegetarians. There is a futile attempt to make a controversy out of it," he told news agency ANI.

"It is a futile attempt to create news out of nothing, the Centre is fully aware of the situation and is working hard to ensure that the farmers get the right prices for their crops," he added.

Last month Ashwini Choubey, who has a habit of making bizarre and controversial remarks, allegedly shouted at protesters outside a Bihar hospital. They were agitating against the lack of healthcare facilities in the state's Buxar district.

In September Mr Choubey said former Prime Minister Morarji Desai drank cow urine for medicinal benefits, and, in June, as the Bihar government grappled with a debilitating outbreak of Japanese encephalitis, he slept through a press conference in Muzaffarpur district.

Prices of onions and tomatoes - both kitchen staples for large parts of the country, particularly those belonging to economically weaker sections - have soared in recent weeks and months.

In October, after onion prices hit uncomfortable highs, tomatoes began selling at Rs 80 per kilogram in the national capital.