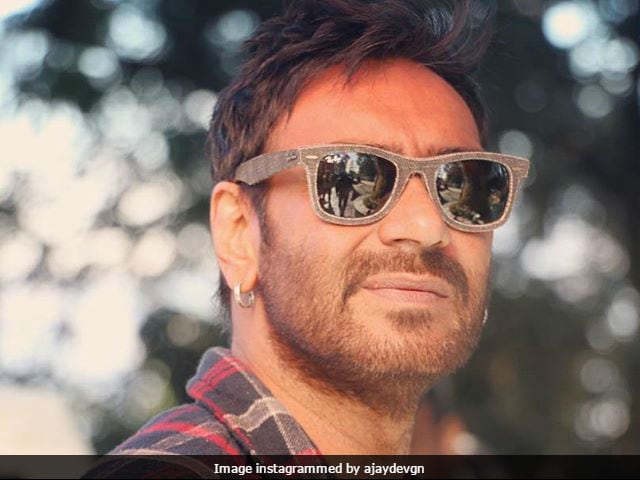 New Delhi: Actor Ajay Devgn is likely to reunite with filmmaker Ashwni Dhir for the sequel of their 2012 film Son Of Sardaar, reported news agency PTI. Ashwni Dhir said that he is in talks with the 48-year-old actor and hopes that 'something will happen.' He also clarified that his next venture had nothing to do with Ajay Devgn's forthcoming film Sons Of Sardaar. "We are planning on doing Son of Sardaar 2. It has nothing to do with that project (Sons of Sardaar). Ours is a different film, it will be a comedy. I had a meeting with Ajay regarding the comedy film, who also has a cameo in my upcoming release Guest Iin London . Something will happen," PTI quoted Ashwni Dhir as saying. Ashwni Dhir told PTI that he'll get clarity on the project post the release of his film Guest Iin London, which stars Paresh Rawal, Kartik Aaryan, Tanvi Azmi and Kriti Kharbanda in lead roles.

Last year, Ajay Devgn revealed the first look of his film Sons of Sardaar. The film will be based on the 1879 Battle of Saragarhi, which was fought between British Indian Army soldiers and 10,000 Afghan tribesmen.

Unveiling @SonsOfSardaar My tribute to Warriors of Saragarhi: A tale of Rage, of Love, of Bravery. #SonsOfSardaar #FirstLook #BattleOfSaragarhi #21Sikhs vs #10000Afghans

Ashwni Dhir told PTI that comedy as a genre isn't taken seriously because of the perception that those who are funny are not serious.

"We don't take comedy as a genre seriously because we always believe the person, who is serious, is much better with his words and emotions. There is a perception that a person who is funny is not serious. Also we derogate people when we say 'comedians' we should say 'performers.' Even in our earlier films, there would be one actor doing comedy, just as filler but we never took him seriously. To make people laugh is the most difficult thing to do," PTI quoted Ashwni Dhir as saying.

Promoted
Listen to the latest songs, only on JioSaavn.com
Ajay Devgn will next be seen in Milan Luthria's Baadshaho, co-starring Emraan Hashmi, Esha Gupta, Ileana D'Cruz and Vidyut Jammwal. The film is scheduled to release in theatres on September 1.