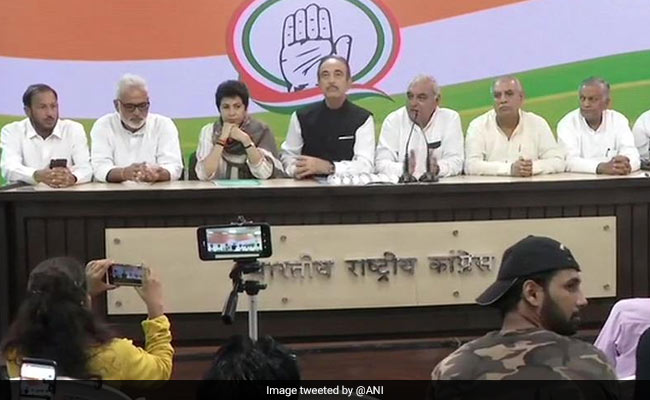 In a boost to the Congress ahead of assembly elections in Haryana, an Independent MLA and four Indian National Lok Dal leaders joined the party on Sunday in the presence of senior leaders.

Ashok Arora, a former minister, was the INLD president for over a decade.

Subhash Goyal is a former minister and Chaudhary a former MLA.

Jai Prakash is a former Congress leader and has been a former union minister too.

He has been a three-time MP and is currently an Independent legislator.

Mr Azad said Ms Selja and Mr Hooda have started visiting various constituencies and have started with Gurgaon and Faridabad assembly segments as part of the party's outreach initiative for the upcoming Assembly elections.

"Regional parties which do not toe BJP's line are getting weak and their existence is under threat. Realising that only Congress party can throw a stiff challenge to the BJP, leaders of such parties have started to come under the Congress fold," Mr Azad said.

"Despite difference in opinion, there are similarities in our ideologies because of which we have come together," he added as he thanked them for their faith in leadership of Sonia Gandhi and in the ideology of the Congress party.

"Had the regional parties, which in the past weakened the Congress, been strong, then the BJP would not have risen to this level," he said.