This comes days after the Indian Railways was forced to withdraw tickets carrying photos of the prime minister after Trinamool Congress complained the Election Commission about them. 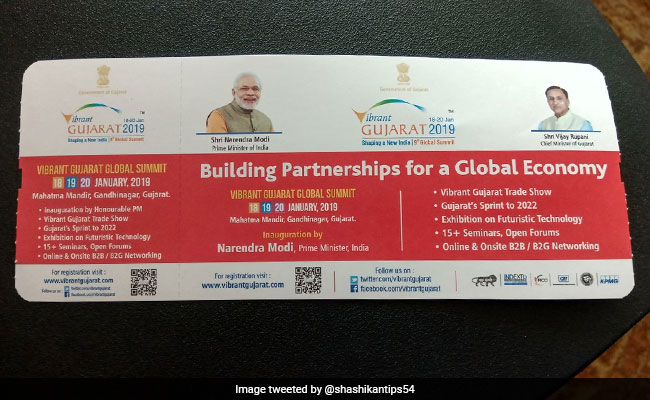 GoAir has withdrawn its boarding passes which shows the photographs of Prime Minister Narendra Modi and Gujarat Chief Minister Vijay Rupani, and gives details of the Vibrant Gujarat Summit that was held in January this year. GoAir's decision comes a day after Air India rolled back its passes with the same information and photos of the two leaders.

"We have taken a cue from the Election Code of Conduct", a GoAir spokesperson said, adding that its team in Srinagar inadvertently used unused stock of "Vibrant Gujarat" paper.

"GoAir's Srinagar Airport team inadvertently utilized unused stock of Vibrant Gujarat related paper which took place in January 18-20, 2019 for issuing boarding passes at the said airport. It was unintentional. Taking cue from the Election Code of Conduct we have instructed our airport teams to stop utilizing this type of paper with immediate effect," the spokesperson said in a statement.

On Monday, Air India had decided to do the same, saying "Air India has decided to roll back the boarding passes of Vibrant Gujarat which had photos of the prime minister and the Gujarat chief minister."

On Monday, former Jammu and Kashmir chief minister Omar Abdullah had tweeted saying he was on a GoAir flight the previous day and "they also had a similar boarding pass with the PM's photo on it".

This comes days after the Indian Railways was forced to withdraw tickets carrying photos of the prime minister after Trinamool Congress complained the Election Commission about them.