The LCA Tejas got a special passenger today at the Aero India air show being held on the outskirts of Bengaluru. Sitting behind the pilot in a two-seater trainer variant of the Light Combat Aircraft Tejas was Army chief General Bipin Rawat, who was taken for a spin in the nimble fighter jet in the skies above Yelahanka Air Force Station.

This was the first time General Rawat flew in the home-made fighter jet, known for its agility, being the smallest and lightest multirole supersonic fighter jet in its class.

"I think it's a wonderful aircraft. I would like to thank Air Chief Marshal BS Dhanoa for making this happen. We did some normal manoeuvres and the experience was great," General Rawat told reporters after the 30-minute jet ride. "The LCA's targeting systems are very good."

Although a lightweight aircraft with a short range, the LCA Tejas can carry the same array of modern weapons that bigger warplanes carry, from precision guided and standoff weaponry to long-range 'beyond visual range' missiles that can take down enemy planes from a safe distance. 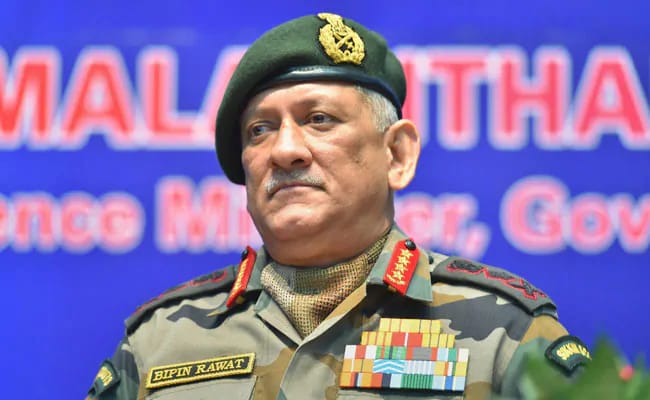 Among the crowd of defence investors, government officials and military officers, thousands of civilians are also queuing up at the Aero India venue to watch spectacular flypast by powerful jets and aerial aerobatic shows. The five-day event ends on February 25.

The logo for Aero India 2019 - a triangle in the colours of the national flag - is inspired by the LCA Tejas, the organisers said on their official website.

The exhibition and air show, organised every two years, has already carved a niche for itself globally as a premier aerospace exhibition, with 11 successful editions since 1996, the year India signed a deal with a Russian plane-maker to buy the heavy multirole fighter jet Sukhoi-30MKI.

This year, Aero India saw a tragedy when a pilot of the Surya Kiran aerobatic team died following a mid-air collision during rehearsal last week.