Shweta Tiwari made the statement in Bhopal on Wednesday during the promotion of her web series "Show Stopper", which also stars Rohit Roy, Digangana Suryavanshi, and Sourabh Raaj Jain in lead roles. 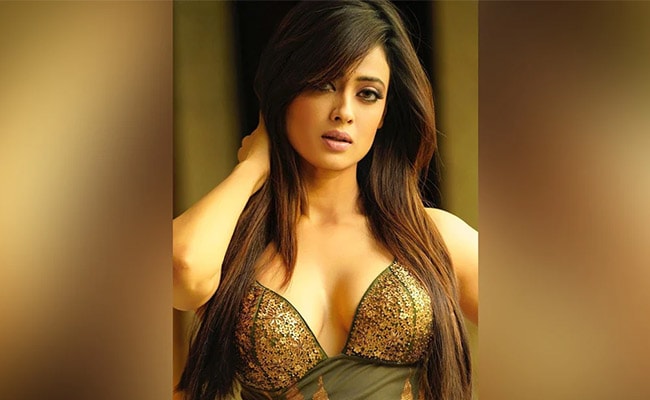 Television actor Shweta Tiwari has landed in a controversy for allegedly referring to God while making a statement about her undergarment, with Madhya Pradesh Home Minister Narottam Mishra directing the police to investigate her remark and submit a report within 24 hours.

Ms Tiwari made the statement in Bhopal on Wednesday during the promotion of her web series "Show Stopper", which also stars Rohit Roy, Digangana Suryavanshi, and Sourabh Raaj Jain in lead roles.

Her co-actors were also present when she made the remark during an interaction with media persons. A video of Shweta Tiwari's statement has gone viral on social media, in which she allegedly referred to God while speaking about her undergarment, reported Press Trust of India.

News agency ANI reported that as per a clip obtained from the event, where the star cast was seen seated on a dais, Shweta Tiwari made a statement, "Mere bra ki size bhagwan le rahe hai." (God is taking the measurements for my bra).

News agency ANI further reported that the show for which the press conference was held is a fashion-related web series.

Actor from the popular TV series 'Mahabharata', Saurabh Jain, who played the role of Lord Krishna in the mythological show, will be playing the role of a 'bra fitter' in the upcoming series. Shweta Tiwari jokingly made the alleged statement in reference to Saurabh, during the press conference, reported ANI.

When asked about the actor's statement, Home Minister Narottam Mishra told reporters on Thursday, "I have heard it and I strongly condemn it."

"I have directed the police commissioner of Bhopal to probe it and give a report within 24 hours. After that, we will see what action can be taken in the matter," he said.