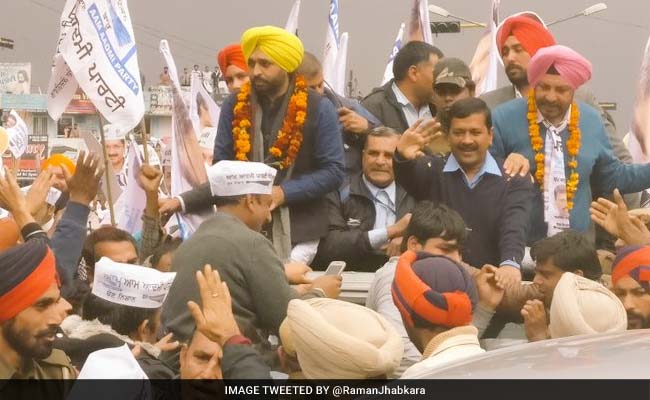 Chandigarh: Free laptops for students ahead of their board exams, meals costing just Rs 5 at subsidized canteens, cheaper electricity and the abolition of property tax are some of the promises made by Arvind Kejriwal's Aam Aadmi Party to voters in Punjab.

Mr Kejriwal, who is Delhi Chief Minister but has been operating on a sort of time-share with Punjab, where he has been leading his party's campaign did not release its manifesto today. It was party leader Bhagwant Mann along with Sanjay Singh who did the honours in Chandigarh. The mission statement replicates many of the schemes that served Mr Kejriwal so well when he contested the Delhi election in 2015, winning all but three seats. Like the installation of mohalla or neighbourhood clinics that provide immediate and free healthcare to the poor. Delhi now has about 100 of these. AAP has also assured that if elected, its ministers will eschew lal batti or cars fitted with red beacons that appropriate right of way and connote power and privilege over ordinary people.

Mr Kejriwal's government has recently committed to setting up cheap canteens in the capital which will serve three meals a day for Rs 5 for the poor. The scheme is based on the game-changing Amma canteens launched by former Tamil Nadu Chief Minister J Jayalalithaa. Punjab will see similar subsidized cafes, AAP announced today.

Punjab votes on February 4 and AAP, founded in 2012, has emerged as a strong contender, powered by Mr Kejriwal's campaigning. Though the party has not chosen a Chief Ministerial candidate, former comic Bhagwant Mann, currently one of AAP's two MPs, has reportedly established himself as the likely choice. 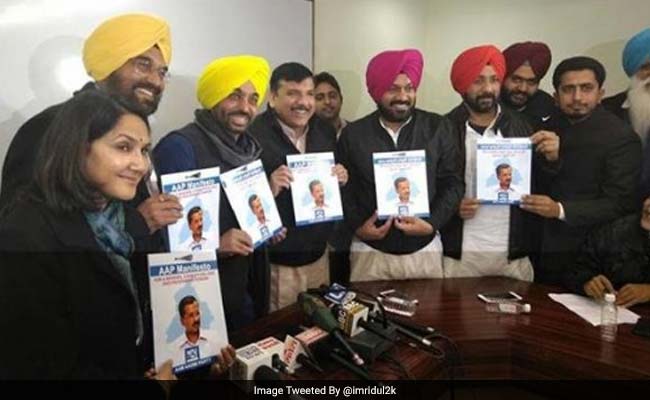 In the general election, AAP surprised others - and itself, it has conceded- when it won four seats, an audacious amount for a rookie. Two of the MPs, however, have since been suspended for working against the party.

Promoted
Listen to the latest songs, only on JioSaavn.com
AAP is competing against the Congress, who today announced Captain Amarinder Singh as its presumptive Chief Minister, and the incumbent coalition of the Akali Dal and the BJP.

AAP, which has accused the Akali government of complicity with drug trafficking, outlined a series of steps to tackle the rampant drug use problem among Punjab's youth: government jobs to recovering addicts, free de-addiction centres, life imprisonment for convicted drug dealers and random blood and urine tests for candidates running for office.