Kailash Vijayvargiya (Centre) had earlier called Shah Rukh Khan a "traitor" and then withdrew his remark after an outrage.

"When anybody says that intolerance is rising in our society, then it makes me a little angry. Then he has to be treated. His treatment is very necessary," Mr Vijayvargiya was quoted as saying by Press Trust of India.

Without naming Shah Rukh Khan or his film Dilwale, which had faced protests for his comments on "intolerance" in India, the BJP general secretary said such a message should be sent to Aamir Khan as well.

"Treatment to one has been done. Now it is time for the other to be treated. Dangal me mangal karna hai. You should keep this in mind," he said, speaking at a function in Indore.

The BJP leader had earlier called Shah Rukh Khan a "traitor" and then withdrew his remark after an outrage. 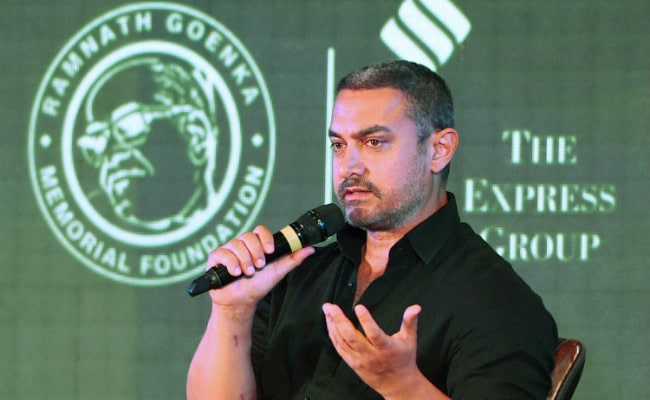 Aamir Khan had made the comments at an award function in November last year. (PTI photo)

Mr Vijayvargiya's remarks came a day after another party general secretary, Ram Madhav, had denounced Aamir Khan's comments saying he should "preach" about the country's prestige to his wife.

In November last year, Aamir Khan had said he was "alarmed" by a number of incidents in the country, and that his wife Kiran Rao even suggested that they should probably leave the country.

"That's a disastrous and big statement for Kiran to make. She fears for her child. She fears what the atmosphere around us will be," the 50-year-old actor had said.

Over incidents like deaths of prominent rationalist writers and the lynching of a Muslim man in Uttar Pradesh's Dadri, BJP-led government had come under fire from the Opposition and a section of civil society last year.

The incidents had prompted President Pranab Mukherjee to repeatedly reinforce messages of tolerance and unity while dozens of authors, filmmakers and academics had returned awards in protest, angering those who said such a perception was being promoted to vilify the government.