Out of the eight MPs, two were from BJP, and one each from Congress, Samajwadi Party, BSP, Shiv Sena, AIMIM and DMK. 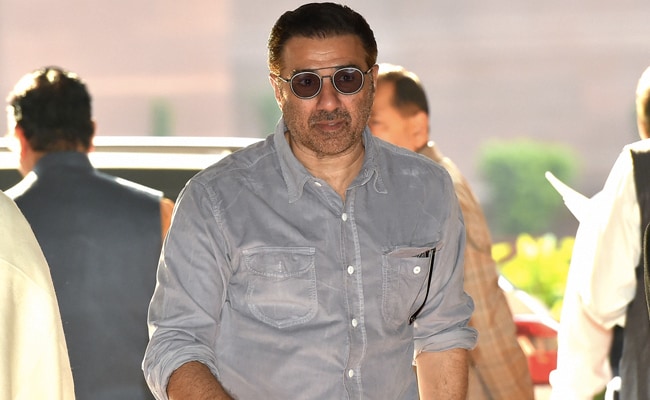 BJP MP and actor Sunny Deol was among eight MPs who missed casting their votes in the presidential poll on Monday due to various reasons.

Out of the eight MPs, two were from BJP, and one each from Congress, Samajwadi Party, BSP, Shiv Sena, AIMIM and DMK, sources close to PTI said.

While Mr Deol is abroad for medical treatment, Sanjay Dhotre, also a BJP MP, is in the intensive care unit at a hospital, the sources said.

Shiv Sena's Gajanan Kirtikar also didn't cast his vote as he was in hospital.

BSP leader Atul Singh, who is in jail, could not vote.

AIMIM leader Imtiyaz Jaleel, Congress MP Mohammad Sadiq, SP's Shafiqur Rahman Barq and DMK's TR Paarivendhar were among the eight who did not turn up for voting, the sources said.

To ensure their participation in the presidential election, Union minister Nirmala Sitharaman, who was infected with Covid-19, came in a PPE suit while her cabinet colleague RK Singh also used a PPE kit during voting.

BJP leader Pradipta Kumar Naik, who is the leader of opposition in the Odisha Assembly, also arrived in a wheelchair with an oxygen cylinder straight from the hospital. He was admitted to a private hospital for post-Covid complications.