The accused, a 21-year-old man known to the family, was sleeping close to them, police said.

The Indore child's body had injury marks on the private parts and the head.

Indore: An eight-month-old girl, fast asleep next to her parents in Indore, was taken away and raped in a vacant basement just 50 metres away in the early hours of Friday. The accused, spotted on a CCTV camera carrying the baby on his shoulder, also killed her once he committed the crime. The infant's body was spotted hours later by a shopkeeper who had gone to the basement to open his shop.

The child's parents, balloon sellers, were sleeping on the street outside the Rajwada Fort in the city. The accused, a 21-year-old man known to the family, was sleeping close to them, police said.

"The body of the infant was recovered from the basement of a commercial building. The accused had kidnapped her early today morning when she was asleep with her parents outside the Rajwada Fort," Press Trust of India quoted HC Mishra, deputy inspector-general of police, Indore, as saying.

The child's body had injury marks on the private parts and the head.

The police, while looking for clues, scanned the CCTV cameras in the area, which led them to the accused.

"The accused is seen carrying the infant in CCTV images of around 4:45am today. He then took her to the basement of the building, some 50 metres away from where the family was sleeping, and her body was recovered in the afternoon," Mr Mishra said.

"The infant had an injury on her head. The accused probably threw her to the ground. We are going to arrest him shortly," he added. 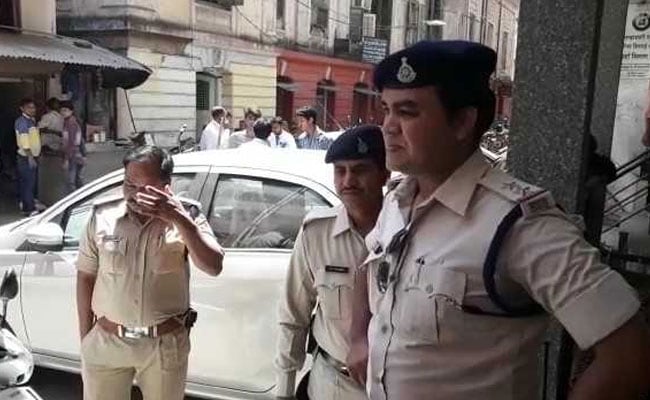 The police, while looking for clues, scanned the CCTV cameras in the area, which led them to the accused.

In Uttar Pradesh's Etah, a nine-year-old attending a wedding with her family was allegedly raped before being strangled on Thursday night. On Wednesday, a 10-year-old girl's was similarly raped and murdered at a wedding in Chhattisgarh.

In Surat, an 11-year-old was raped and murdered and then her body was dumped earlier this month. She had 86 injuries and was also brutalized with blunt objects.

Promoted
Listen to the latest songs, only on JioSaavn.com
The rapes have provoked mass protests across India and social media campaigns for justice and safety.