The 15-member expedition was led by Wing Commander Bhavana Mehra of the Indian Air Force (IAF), the ministry's statement said. 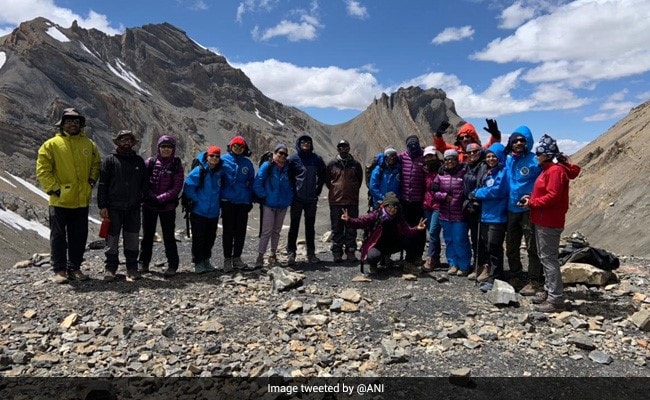 An all-women team of the three armed forces successfully scaled Mt Manirang in Himachal Pradesh on August 15 and unfurled the national flag to celebrate the 75th Independence Day, the Defence Ministry said Thursday.

The 15-member expedition was led by Wing Commander Bhavana Mehra of the Indian Air Force (IAF), the ministry's statement said.

As a part of commemorative activities for ''Azadi Ka Amrut Mahotsav'', symbolising 75 years of Independence, the IAF had flagged off the all-women tri-services mountaineering team on August 1 from the Air Force Station in New Delhi.

"Mt Manirang is one of the highest peaks of Himachal Pradesh, nestled at the border of Kinnaur & Spiti districts. Close to the peak is the Manirang pass, which was one of the early trade routes between Spiti and Kinnaur, before the motorable road was built," the ministry stated.