On June 12, 2014, six workers at the Bhilai Steel Plant died because of an explosion in the blast furnace.

Bhilai Steel Plant Blast: The blast took place in a pipeline near the coke oven section.

Nine people died and 14 were injured in a blast at the Bhilai Steel Plant in Chhattisgarh, about 30 km away from state capital Raipur.

The blast took place in a pipeline near the coke oven section at the steel plant in the town of Bhilai.

Police and a rescue team rushed to the spot after the blast was reported. The people who were injured were taken to a local hospital.

"At least nine people were burnt to death while 14 others received injuries and most of them were said to be in a serious condition," Inspector General of Police (Durg Range)  GP Singh told news agency PTI. 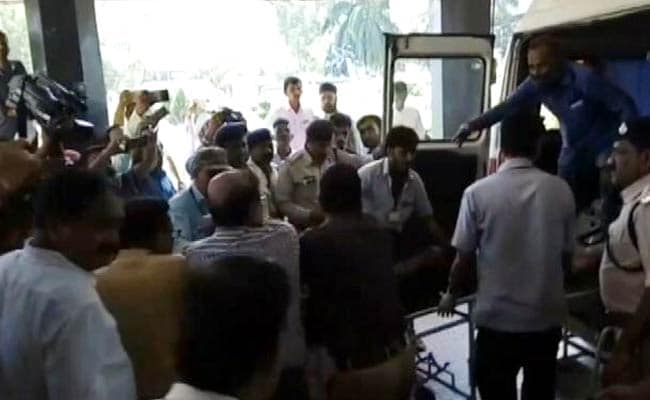 Bhilai Steel Plant Blast: The injured were taken to a nearby hospital.

The fire has been contained.

The plant is operated by the state-run Steel Authority of India Limited (SAIL). SAIL is India's largest steel-maker.

Prime Minister Narendra Modi had in June inaugurated the modernised and expanded Bhilai Steel Plant. Four years ago, in June 2014, six workers at the Bhilai Steel Plant died in an explosion in the blast furnace.

According to SAIL, the Bhilai Steel Plant is India's sole producer and supplier of world class rails for the Indian Railways, including 260 metre long rails, and a major producer of a large variety of wide and heavy steel plates and structural steel.

With an annual production capacity of 3.153 MT of saleable steel, the plant also specialises in other products such as wire rods and merchant products.