5 Years Since Nirbhaya Gang-Rape: The Story So Far

December 16, 2017, will mark five years of the brutal Delhi gang-rape incident that triggered nation-wide protests and led to formation of new laws on crimes against women in the country. 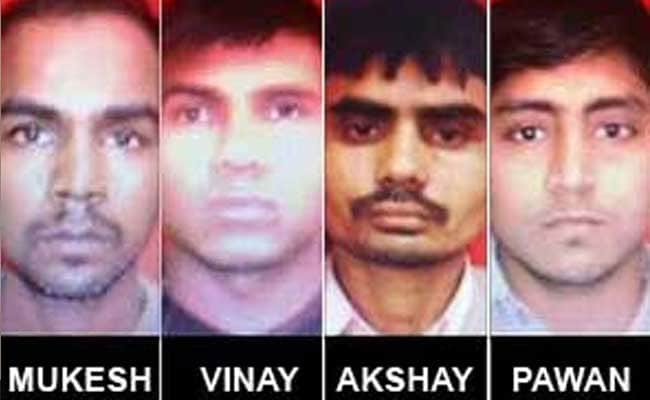 Nirbhaya gangrape case: Convicts' review petition will be heard by the Supreme Court in January.

December 16, 2017, will mark five years of the gang-rape of a paramedical student that triggered nation-wide protests and led to the formation of new laws on crimes against women. On December 16, 2012, the 23-year-old, who came to be known as Nirbhaya, was gang-raped by six men in a moving bus. She was assaulted with an iron rod and her intestines were pulled out, the doctors had said. She died at a hospital in Singapore 13 days later. Of the six rapists, one was juvenile who was sentenced for three years at a probation home. One of the prime accused, Ram Singh, was found hanging in his cell at Delhi's Tihar jail three months after his arrest. The other four convicts were sentenced to death on September 13, 2013, by the Delhi High Court. The sentence was upheld by the Supreme Court in May 2017. The review petition of the convicts will be heard by the Supreme Court in January.

Here are all the developments related to Nirbhaya gang-rape and murder case:

December 16: A 23-year-old paramedical student is brutally gang-raped by six men in a private bus in New Delhi. Her male friend was beaten up and they were thrown out of the moving vehicle in a semi-nude condition. The two were admitted to Safdarjung Hospital.

December 21: The juvenile delinquent arrested from Delhi's Anand Vihar bus terminal. The friend identified Mukesh as one of the culprits. Raids conducted in Haryana and Bihar to arrest the sixth accused - identified as Akshay Thakur.

December 21, 22: Police arrest Akshay Thakur in Bihar's Aurangabad district and is subsequently, brought to Delhi to face trial. Nirbhaya records her statement in the hospital.

December 23: Protests break out in various parts of Delhi; prohibitory orders are defied and on-duty Delhi police constable Subhas Tomar is rushed to the hospital with serious injuries.

December 29: Nirbhaya succumbs to her injuries and other medical conditions at 2.15 am. The accused to also face a murder charge.

January 3: Chargesheet filed against the five adult accused, who will face trial for murder, gang-rape, attempt to murder, kidnapping, unnatural offences and dacoity among others.

January 28: Juvenile Justice Board confirms that the fifth accused is a minor.

February 2: Charges are framed against the five adults.

February 28: Charges framed against the juvenile.

July 11: The juvenile is held guilty of illegally confining and robbing a carpenter on the night of December 16, before the incident.

August 31: The juvenile is convicted for murder and gang-rape and sentenced to three years at a probation home.

September 13: The court sentences the four adult convicts to death.

March 13: The death penalty is upheld by the High Court.

April 15: The police is ordered by the top court to produce Nirbhaya's dying declaration.

December 20: The juvenile - who was a few months short of 18 on December 16,2012 - is released from the correctional home, triggering widespread protests across the country.

February 3: Supreme Court says it would hear afresh the aspect of awarding death penalty to the convicts.

March 27: The Court reserves verdict on the convicts' appeal.

May 5: The death sentence awarded to the four convicts is upheld. The Supreme Court states that the case falls under the 'rarest of rare' and added that the incident created a 'tsunami of shock'.

May 6: The counsels of the four convicts said that the Supreme Court has bowed to public pressure in confirming the death sentences and they will file review petition.

May 11: Source in Tihar jail said that the four convicts are under depression after the Supreme Court verdict and are being given expert counselling.

November 3: Jyoti Singh's father Badrinath Singh said that his younger son has become a pilot and thanked Congress leader Rahul Gandhi for standing by them and helping his son get admission to the Uran Akademi in Uttar Pradesh's Rae Bareli.

Promoted
Listen to the latest songs, only on JioSaavn.com
November 13: The Supreme Court said it would hear the pleas of the four death row convicts on December 12.

December 12: During the hearing of the plea, advocate ML Sharma, who represents Mukesh, one of the convicts, accused the state and the police of bribing two witnesses (the victim's mother and father). Chief Justice Dipak Misra, sharply reacted to this and said, "What is this? Stop it. You can't make such statements and that too at the review stage." Mr Sharma was asked to make a case for review. The Supreme Court adjourned the review petition till January.