The BSF said the fishermenwere sneaking "into Indian territory" through one of the water channels of 'Harami Nalla' in Gujarat's Kutch district. 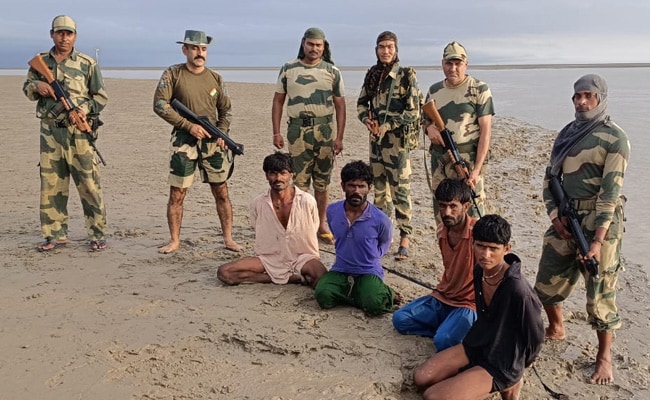 Nothing suspicious has been recovered from the Pakistani fishing boats, said BSF.

A Border Security Force (BSF) patrol caught four Pakistani fishermen and seized their 10 boats from the 'Harami Nalla' creek area of Kutch along the India-Pakistan maritime boundary in Gujarat on Thursday, a force spokesperson said.

Nothing suspicious has been recovered from the fishing boats, he said.

The spokesperson said a special ambush party of the Border Security Force (BSF) observed movement between border pillar number 1165 and 1166 while the fishermen were sneaking "into Indian territory" through one of the water channels of 'Harami Nalla' in Kutch district.

Four Pakistani fishermen have been caught along with 10 boats and a search of the entire area is being conducted, the spokesperson said.