Andaman and Nicobar Islands: In March 2017, a BJP leader had made a demand in the Rajya Sabha to change the name of popular tourist destination Havelock Island 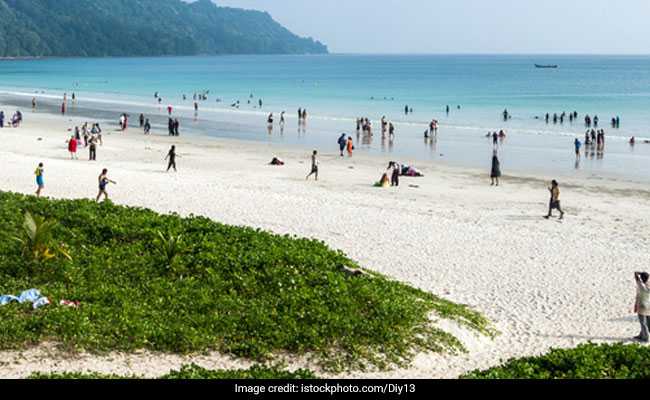 Havelock Island is the largest island in Andaman and Nicobar.

Three islands in Andaman and Nicobar will be given new names by the government this Sunday, the latest in the list of places being renamed across the country. Ross Island, Neil Island and Havelock Island will be renamed as Netaji Subhash Chandra Bose Island, Shaheed Dweep and Swaraj Dweep respectively. The new names will be formally announced by Prime Minister Narendra Modi during his visit to Port Blair on December 30.

The new names will be formally announced by Prime Minister Narendra Modi during his visit to Port Blair on December 30. The home ministry said it has completed the formalities for changing the names of the three popular islands.

PM Modi, who will be accompanied by Home Minister Rajanth Singh, will hoist a 150-metre-high national flag at Port Blair to mark the 75th anniversary of freedom fighter Subhas Chandra Bose's declaration of the formation of the Azad Hind government in 1943.

Subhas Chandra Bose Bose or Netaji had hoisted the flag after the Japenese captured the area during the Second World War. He had reportedly suggested back then that the Andaman and Nicobar Islands be renamed as Shahid and Swaraj Dweep.

In March 2017, a BJP leader had made a demand in the Rajya Sabha to change the name of popular tourist destination Havelock Island. LA Ganesan said naming a place after a person who had fought Indian patriots in 1857 was a matter of shame.

Havelock Island is named after British general, Sir Henry Havelock, who served in India during the British administration. It is the largest island in the union territory.

The Uttar Pradesh government, led by Yogi Adityanath, renamed several places across the state this year with Mughal Sarai renamed as Pandit Deen Dayal Upadhayay Nagar, Allahabad as Prayagraj and Faizabad as Ayodhya.

After Faizabad and Allahabad were renamed, there was a growing clamour from within the BJP to change the names of more cities.

A BJP lawmaker from Agra said that the city should be renamed as Agravan or Agarwal. Controversial legislator from Sardhana, Sangeet Som, wanted the name of Muzaffarnagar to be changed to Laxmi Nagar.