Among those sacked are 11 gangmen, one ironsmith and a junior engineer. 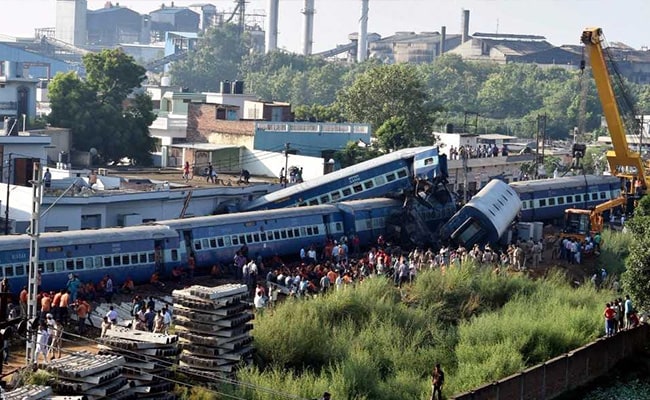 More than 20 people were killed in the August 19 Utkal Express train derailment. (File)

New Delhi: Services of 13 railway employees were today terminated for gross negligence that led to the August 19 train derailment in which more than 20 people were killed. Among those sacked are 11 gangmen, one ironsmith and a junior engineer, the railway ministry said.

All of them were workers in the Kathauli section where the accident took place when 14 coaches of the train jumped the rails.

"The railways has terminated the services of 13 employees under Section 14 of the discipline and appeal rule," said Northern Railway spokesperson Neeraj Sharma.

Under this section, the services of any rail staff found guilty of gross negligence can be terminated without an enquiry.

The railway had earlier sent on leave, three top officials, including a secretary-level Railway Board officer, suspended four officers and transferred one in connection with the derailment.
Comments
Utkal Expressofficials sackedtrain derailment