Yoga And Maldives Memories On Rakul Preet Singh's Mind, Made This Post Perfect

"Flexibility is the key to stability," wrote Rakul Preet Singh 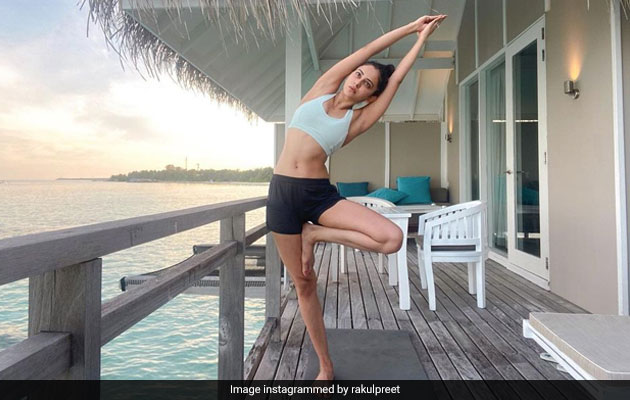 Rakul Preet Singh might be in Mumbai but she is clearly dreaming of her Maldives vacation. The actress brightened up her Instafam's Sunday morning by sharing a throwback picture from Maldives, where she was on a vacation last month. Rakul Preet, dressed in a pastel tank top and black shorts, can be seen doing yoga. We can also see the blue waters of Maldives in the backdrop. Rakul Preet, who never misses her yoga or workout sessions even during her holidays, captioned her post: "Flexibility is the key to stability." She accompanied her post with the hashtags #yogaeverywhere and #balance.

The actress, who was in Maldives along with her family last month, actively shared pictures from her holiday. Check out the pictures here: