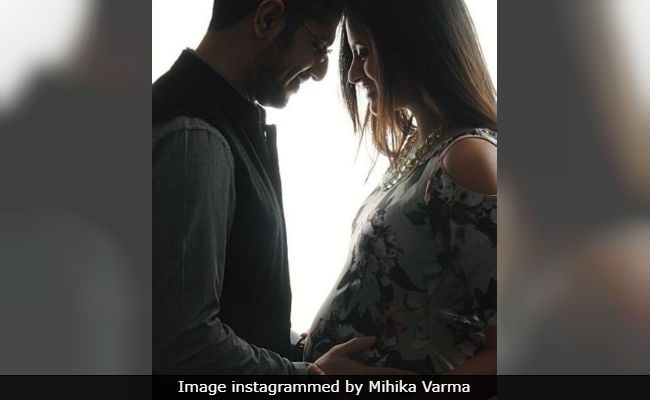 Actress Mihika Varma, who played the role of Mihika Iyer on popular television show Yeh Hai Mohabbatein, gave birth to a baby boy, reports Times Of India. Mihika, who married NRI Anand Kapai in April 2016, also made an announcement of sorts on Instagram. She posted a picture of herself and Anand from her pregnancy photoshoot with the caption: "knock knock." The cryptic caption did not reveal the details but Mihika's brother Mishkat Varma told Times Of India: "It's true that Mihika has delivered a baby boy. She does not want to talk much about it right now and shall herself put it up announcing the name soon. Mihika just does not want to publicize it at all as of now. It's been good three months to the baby's arrival.''

On the picture Mihika Verma instagrammed on Monday, her former co-stars such as Anita Hassanandani (seen as Shagun on the show), Shrireen Mirza (who plays Simran Bhalla) and Neena Kulkarni, who played Mihika's onscreen aunt, have all congratulated her.

Mihika Varma quit television and settled in US after getting married to Anand Kapai.