Pictures are a thing of the past, Yash and Radhika announced the arrival of their second baby through a video 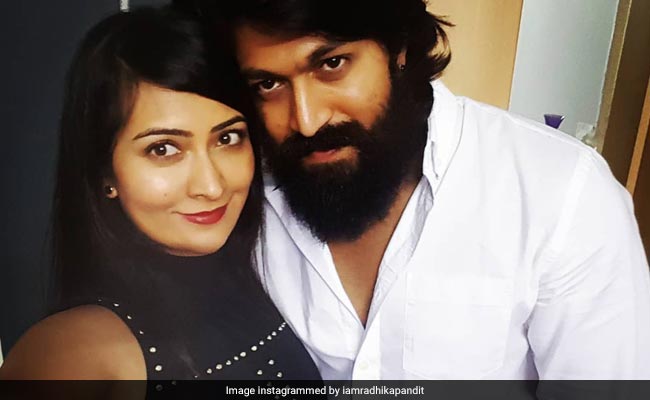 Kannada stars Yash and Radhika Pandit announced their second pregnancy in the cutest way possible. On Wednesday night, Radhika Pandit shared a video of her 6-month-old-daughter Ayra on Instagram. The video comprised super cute visuals of baby Ayra along with a running text as cheerful music played in the backdrop. The text in the video read, "Hi everyone, Ayra here, you guys won't believe what I just heard. They said my dad has speed, but this? Wait a min! Is it too early? Or too late to announce? But I am sure you guys will be happy! I am too, my parents are due for baby number two. Hold on....Does that mean I have to share my toys? That's ok... Swag se karenge uska swagat! - Ayra." Aww! Now that's such an adorable way of announcing the news.

Take a look at the video shared by Radhika Pandit here:

Yash and Radhika welcomed their first child Ayra in December last year. The couple frequently share pictures of their daughter on social media. Take a look, you can thank us later:

Hi everyone.. I am finally getting a Name.. U guys were so sweet to suggest so many lovely names! Keeping that in mind my parents have come up with a beautiful name for me.. let's wait till June 23rd to find out!! !! Love, Baby YR. #radhikapandit #nimmaRP

I know these tiny hands are wrapped around her first and forever Superhero, the one who will never ever let her down Happy Father's Day to all the amazing Superheroes out there!! #radhikapandit #nimmaRP

The day she was born, I was born too.. as a Mother #radhikapandit #nimmaRP

Yash and Radhika first met on the sets of the television serial Nandagokuland together made their Kannada film debut as a lead couple with the 2008 film Moggina Manasu. The couple got married in December 2016. Their wedding was a star-studded affair and it was attended by several A-listers of politics and the film fraternity.

The star couple have worked together in films like Drama, Mr And Mrs Ramachari and Santhu Straight Forward.

On the work front, Yash was last seen in KGF: Chapter 1, which released in December last year. The actor is currently preparing for the second installment of the film, titled KGF: Chapter 2.