Yami has been busy shooting for Bala, which also stars Ayushmann Khurrana 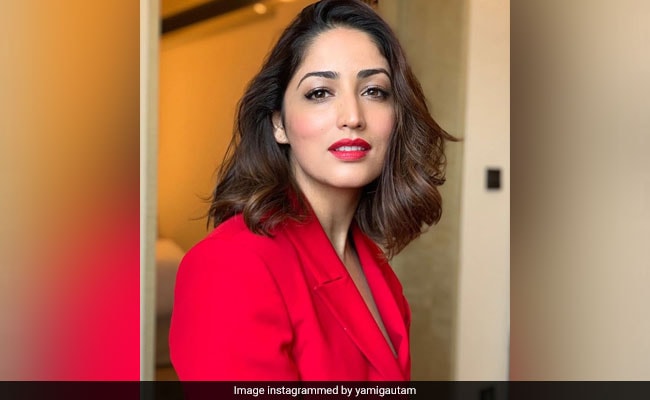 Actress Yami Gautam, who is back after a visit to China for the premiere of her film Kaabil, says she was surprised and overwhelmed to see the level of interest in Indian cinema in that country. China has emerged as a huge foreign market for Indian films over the years. Yami Gautam and Hrithik Roshan were in Beijing for the film's premiere and experienced fans' love first hand. Over her experience in China, Yami told news agency IANS: "I had only read and heard about the genuine love people in China had for our films. To be there and experience it in person was both joyous and overwhelming, both in the best ways possible. Fans there are hugely interested in the films, they know everything about us as actors, our work, our films, our songs... Everything. And that wasn't something I expected."

The overwhelming part of the visit was to see the absolute craze and the warmth of the fans. "People sang songs for us despite the language barrier and the love they showered.... They actually came to meet us with gifts, having followed us on social media and keeping a track of what we like in real life. The intimacy with which they know about us was surprising and very heart-warming," said Yami.

On the work front, Yami has been busy shooting for Bala, in which she is working with Ayushmann Khurrana. The film, directed by Amar Kaushik of Stree fame, is around a man who goes through premature balding. Yami plays a supermodel in it.

Speaking about her part in the film, Yami said: "The team is impeccable and the script is truly unique and amazingly fresh. I'm very excited to play this part in particular as it has given me a chance to play something extremely different and the process of it so far has been fun."

There is also buzz about a new project with Diljit Dosanjh, but Yami Gautam said she can't comment on it yet.