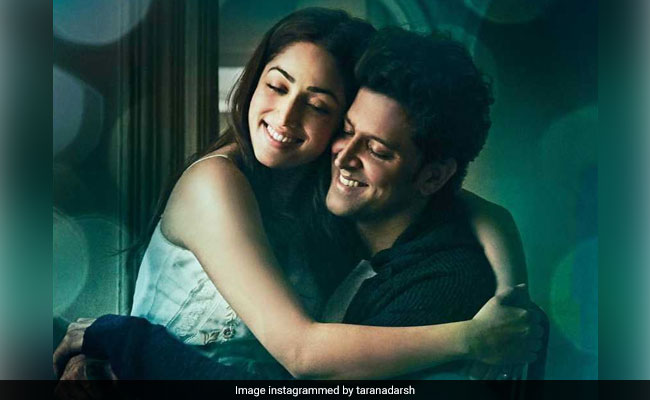 Hrithik Roshan's Kaabil is going places (literally). Two years after its release in India, the film is slated to enthrall the Chinese audiences. Yes, you read that right. The film is slated to hit the screens in China on June 5 this year. Film's lead actor Hrithik Roshan shared the Chinese poster of the film on his Twitter profile on Tuesday. "Kaabil is extremely close to my heart and it is overwhelming to see it reach even more people now, thrilled to announce its release in China on June 5, 2019," tweeted Hrithik Roshan. Film's lead actress Yami Gautam also shared the big news on her Twitter profile and she wrote: "Thrills me to let you all know that a movie very close to my heart is now releasing in China on June 5."

Kaabil is extremely close to my heart and it is overwhelming to see it reach even more people now, thrilled to announce its release in China on June 5, 2019. @FilmKRAFTfilms@B4UMotionPicspic.twitter.com/Bbk7hKuRkS

Kaabil opened in Indian theaters in January 2017 and it clashed with Shah Rukh Khan's Raees at the box office. The film emerged as a clear winner and turned out to be a hit and it even released in Pakistan the same year.

Kaabil received great reviews from film critics. In his review for NDTV, film critic Saibal Chatterjee praised Hrithik Roshan for his performance and he wrote: "Hrithik Roshan delivers a convincing enough performance as a man who cannot see but whose faculties of smell and hearing are so phenomenally pronounced that he can don the garb of an infallible terminator without having to be a superhero blessed with special powers."

In Kaabil, Hrithik and Yami played a visually-challenged couple. The film was directed by Sanjay Gupta and produced by Hrithik's dad Rakesh Roshan.